Games to Play on a Long Car Trip 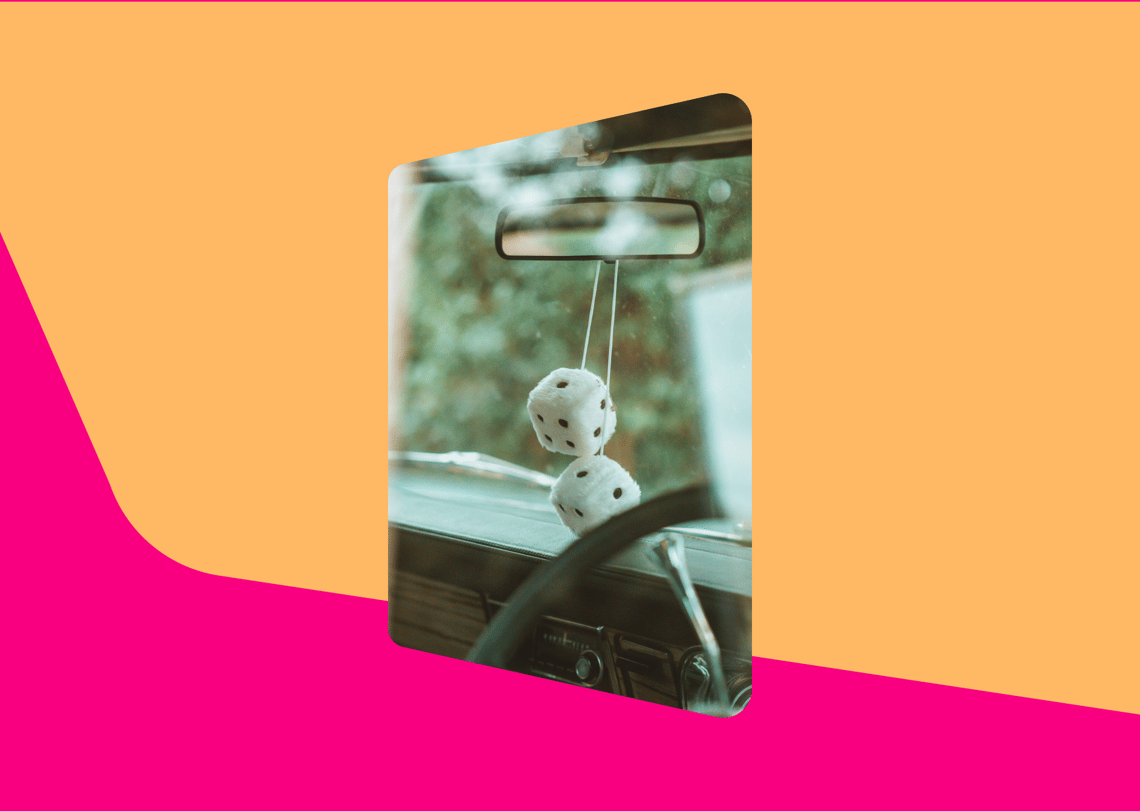 As fun as it is to get behind the wheel and hit the road, long car journeys do have a tendency to drag. There's only so many times you can play your favourite songs or listen to a podcast to help pass the time. Eventually, you'll need something to break things up a bit – and no, we're not talking about stopping at the Roadchef on the M1.

Fortunately, you can split up those longer road trips with friends by playing a few fun car games. And we've put this handy list together with the best car games to play while you're driving, whether it's with your mates or the kids.

Fancy a little cheeky video? Check out Kathryn and her top games to play in the car 👇

Let's be honest here: everyone loves a game of I Spy. Ok, so you might need to get creative with obscure things kept in the car because you're continually moving. But a quick game of I Spy can act as a welcome distraction while you cruise down that stretch of motorway that seems to go on forever.

If you're not familiar with 21 Questions, it's a handy game you can play while driving. Someone thinks of something, then the rest of the car passengers ask questions to try and guess what the person is thinking about. You can't repeat a question, and whoever guesses correctly starts the next round.

Never Have I Ever…

A party favourite, Never Have I Ever can just as easily be played behind the wheel. If you're not familiar with this legendary game, it goes a little something like this: one person says, "never have I ever", and anyone who's done it needs to take an action. At parties, people have an alcoholic drink. You can sip back on a non-alcoholic beverage or take a bite out of something like a doughnut instead.

Fancy yourself a film buff? Then put your knowledge to the test with The Movie Game, in which players connect actors through movies they've been in. Here's how it works: the game starts with an actor, the next person says a movie they were in, then someone says another actor from that movie, and so on.

Put your memory to the test with Don't Say It! The game sees players picking five common words that passengers can't say during the journey, such as "car", "road", "drive" etcetera. The goal is to then finish the journey without anyone saying any of these words. Sounds easy, right? Think again, and you'd be surprised how hard it is not to mention one of the chosen words.

A short and sweet game to speed up your journey, The Alphabet Game requires you to start with a category, be in cars, music groups, sports teams, and see if you can go all the way down the alphabet naming things related to your chosen subject.

If you love music (who doesn't love music?), Human Jukebox is a great game. It starts with one person in the car singing a line from a popular song, with the next person connecting the last word from that lyric to another song. It's a tricky game, so you really need to know your tunes.

Radio Roulette involves randomly changing the radio station as your road trip advances. Every 10 minutes, you'll need to flick it onto another radio station, and you could find yourself listening to just about anything from 80s rock to Christian radio and everything in between. It gets even more fun when you land on local radio stations specific to the region you're driving in.

Who said maths needs to be boring? See how high you can count together without any order with The Counting Game. So, basically, someone randomly starts at number one, with another person following at random with the next number. If two people say the same number, you'll need to start again. And if there is more than a five-second pause between answers, you all need to jump out of the car at 20mph. We're kidding – you just have to start again.

Another car game for the film fans, Movie Quotes sees someone reciting a line from a film and everyone else in the car trying to guess what flick it's from. Start easy with your "Hasta la vista, baby" quotes and ramp up the tempo with more difficult ones, such as "six billion people on the planet, you're getting bent out of shape cause of one fat guy." Any guesses?

Animals on my side

If you're looking for something nice and easy, simply see who has the most animals on their side of the car. If you see a cow, count it! Sheep doing their thing in the fields? Count them. You can do it throughout the whole journey or break it down into different sections of the trip.

Which one of our car game suggestions will you play on your next road trip? Or do you have a set of games you already play to pass the time? Let us know about your favourite games in the comments below and tell us what speeds up your car journeys.