What Cars Does Cristiano Ronaldo from Manchester United Drive? 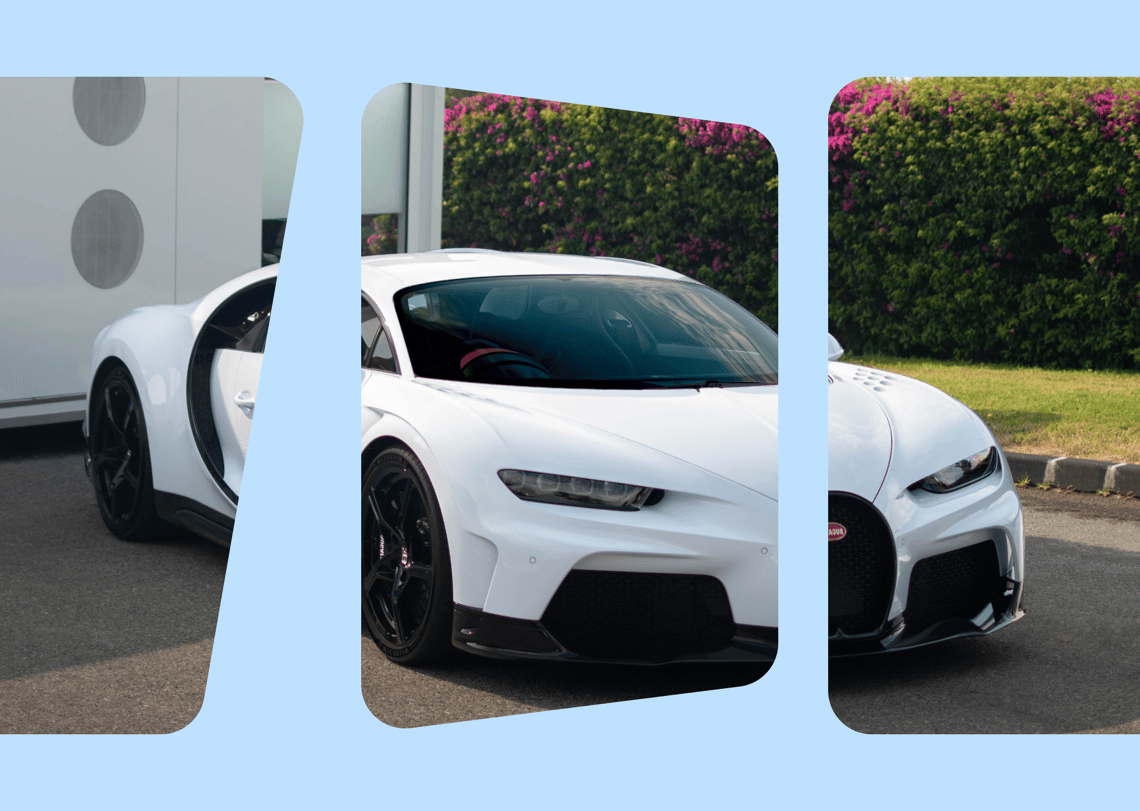 Ronaldo's car collection includes some of the most expensive and prestigious cars in the world. He owns a number of Ferraris, each worth over £250,000. He also owns a Lamborghini Aventador, which is worth over £300,000. Ronaldo's car collection also includes a Bentley Continental GT, a Porsche 911 Turbo, and an Audi R8, we could literally go all day.

Despite his wealth, Ronaldo is not afraid to drive the cars himself. He has been known to take his Bentley and Audi out for a spin around Manchester. He also enjoys taking his cars out on the open road and has been spotted driving them on the motorways of Portugal and Spain.

Cristiano Ronaldo is a Portuguese footballer who is one of the greatest players of his generation. He has played for the Spanish club Real Madrid for a number of years and the Portugal national team. Currently, he is at Manchester United, where he made a name for himself. He is often considered the best player in the world and has won five Ballon d'Or awards, which is the most of any European player.

In addition to his success on the soccer field, Ronaldo has also had a lot of success off the field. He has endorsement deals with some of the biggest brands in the world, including Nike, Armani, and EA Sports. He also has his own line of clothing, CR7, and a perfume line with the same name.

Ronaldo's estimated net worth is $450 million, and much of that wealth comes from his successful career as a soccer player. However, Ronaldo has also earned a significant amount of money from his endorsement deals and other business ventures.

Cristiano Ronaldo is one of the richest and most successful soccer players in the world, and he has an impressive car collection to match.

Cristiano Ronaldo's luxury car collection includes a $12 million Bugatti, 5 Ferraris, and an $875,000 present from his girlfriend. And the cars we are going to be checking out today are;

Let's get straight into it...

Three of the most expensive cars in Ronaldo’s garage are undoubtedly the Bugatti trio, yes trio - the Bugatti Centodieci, Bugatti Chiron, and Bugatti Veyron. The Bugatti Centodieci is the most expensive one which cost Ronaldo £10m followed by the Chiron which is priced at £1.75m and then Veyron which is valued at £1.4m. I mean, we have only been writing this blog for an hour or so now, and we have already mentioned the who's who when it comes to luxury vehicles.

More on the Centodieci though...

The Centodieci pushes all boundaries of imagination with its breathtaking performance and pioneering design. The ten limited-edition vehicles are distinguished by their perfect elegance and sculptural beauty, making the Centodieci a true, tangible work of art. 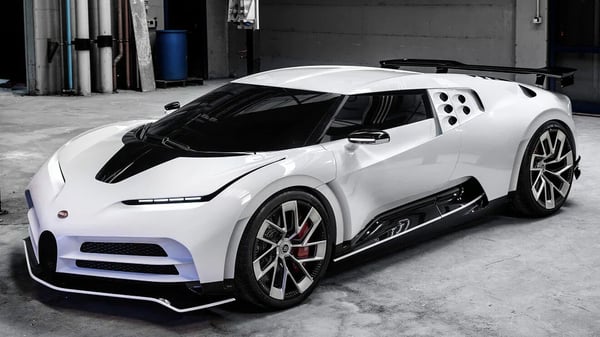 The Monza SP1 is a limited edition super sports car targeted at dedicated collectors. Using the underpinnings of the Ferrari 812 Superfast, the stunning bodywork is inspired by classic racing Ferrarislike the 1948 166 MM, the 750 Monza, and the 860 Monza. It is one of only 500 ever made and Ronaldo purchased his Monza SP1 in 2019, now worth an estimated £2 million 😱 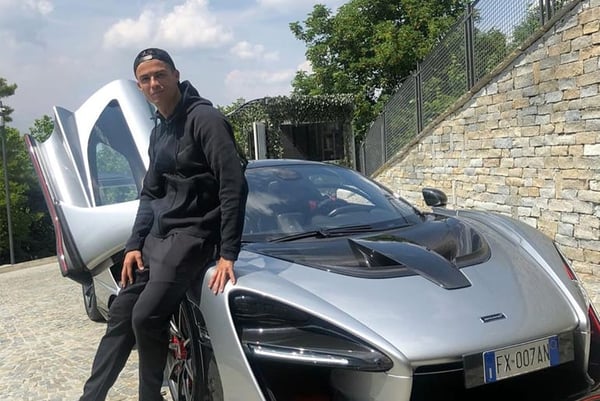 This car is very similar to his Manchester United teammate Jadon Sancho's, as Ronaldo also has his very own Brabus G-Wagon. The Brabus G-Wagon is a luxury SUV which has been modified by the German tuning company Brabus. It is reported that Ronaldo's car is worth £350,000. The Brabus company really does provide an eye-catcher for your G-Class, and Ronaldo only gets the best, let's be honest.

The Cullinan on the other hand is an SUV that is reportedly the most expensive SUV in the world, with a price tag of £1.3 million. We think you have enough luxury vehicles, Cristiano, the Cullinan should be ours at least? Maybe just an hour test drive? 😂 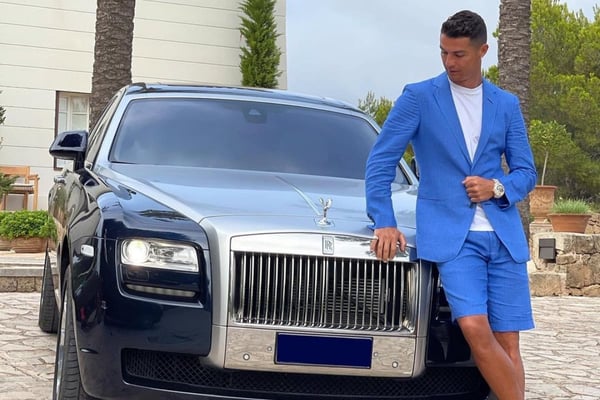 Cristiano Ronaldo has an impressive car collection which includes some of the world's most rare and expensive cars. He has a Bugatti Centodieci, Ferrari Monza SP1, McLaren Senna, Mercedes G-Wagon Brabus and two Rolls-Royce cars.

While most of us can only dream of owning one of these cars, let alone all of them, it just goes to show that if you work hard and are one of the best in your field, you can achieve anything you want in life.

And there we have it! Cristiano Ronaldo and his car collection. We hope you enjoyed this blog post and please check out Carmoola for all your car finance needs!