10 Car Facts to Impress Your Date 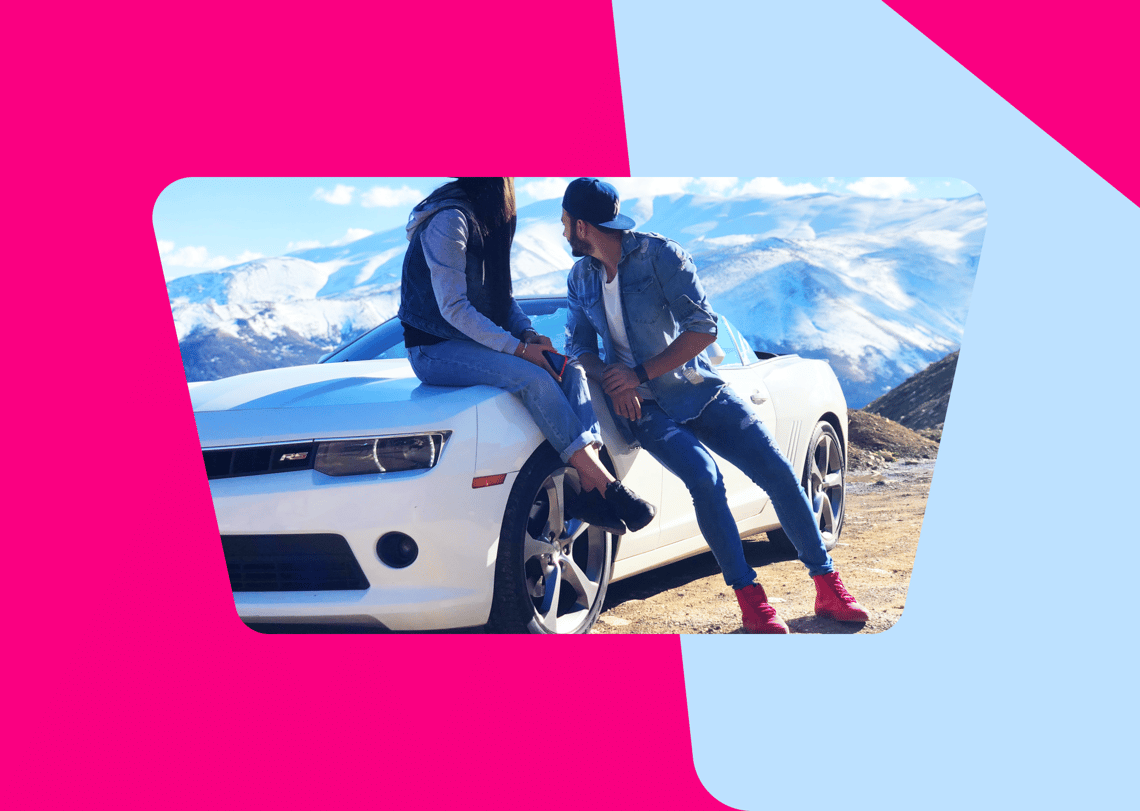 If you've bagged yourself a hot date who just so happens to be a car enthusiast, you'll want to impress them with your knowledge about all things motor related. But what if you don't have an encyclopaedic brain when it comes to cars? Worry not, as we're here to help with 10 car facts you can learn to impress your date!

Everyone widely regards Carl Benz as the creator of the motor vehicle. However, it turns out that he merely filed the patent of the car, which was an amalgamation of many inventions that finally came together to create the vehicles we know and love today. It was Nicolas-Joseph Cugnot who created the first self-propelled engine, while Nicéphore Niépce (we promise that's his real name) most likely built the first internal combustion engine.

While you're sitting across from each other, all googly-eyed, why not drop this truth bomb on your date: everyone in Sweden drove on the left side of the road up until September 3rd 1967. Then they switched, with the entire country carefully coming to a halt so they could switch to the other side of the road. What did they do after that? Well, they carried on driving as if nothing happened.

3) £206,000 is the average amount someone spends on cars in their lifetime

If your date is being tight over the tip, politely remind them that we spend a whopping £206,000 on cars during our lifetimes. From the car itself to tax, parking, and cleaning, we accumulate quite the spend. Now let's see about leaving 12% instead of 10% at the restaurant.

Get ready to blow your dates' mind with this doozy: cars spend 95% of their lifetime parked. It turns out we don't actually drive our cars that much, and they sit peacefully parked up outside your house just waiting to be driven.

There's a reason you see the yearly mileage starting from around 6,000 when you get insurance. On average, we drive about 8,000 miles per year, which is roughly the distance from Nottingham to Sydney. All those school runs, food shops and drive-in cinema visits really do add up.

Volvo had the bright idea of inventing the 3-point seat belt and then did the noble thing of not patenting it so other manufactures could use the design. Seat belts are estimated to save a life every six seconds, so bravo Volvo for putting safety before profits.

If you can somehow harness a cheetah (please don't try), then get yourself on the motorway and let fly. They reach about 70mph at full pelt, which is the national speeding limit here in the UK. So the next time your date talks about a supercar, why not counter it with a speed beast of your own?

The car might not have gone into production until the 19th century, but the wheel was ready and waiting long before that. No one knows the story of how the wheel was invented, but we do know it wasn't used for transportation. What was it used for, you ask? To make pottery. That's a fact that will both impress and confuse your date.

9) The UK speed limit used to be 2mph

The UK government wants to set the speed limit to 20mph for most roads in Britain, and there's a lot of resistance. It's a good thing, then, that the people who think 20mph is too slow weren't around in 1896 when the UK speed limit was measly 2mph. Back then, drivers required someone walking in front of the car with a red flag to warn pedestrians. It's safe to say that things have moved on since then, but let's take a minute to sympathise for poor Walter Arnold, who was issued the UK's first-ever speeding ticket for cruising along at 8mph.

It takes a lot to make a car, both literally and figuratively. From the engine to the transmission to the lubrication system and the braking system, each one of these components requires a whole host of parts. Overall, there are around 30,000 different components that go into making a car.

The facts to impress

With these car facts your date will be left super impressed at the knowledge you reel off, and you can come across as the car connoisseur who knows everything about driving. All that will be left to do is impress them with your shiny and clean motor! Don't forget to check out our tips on how to get your car date-ready!