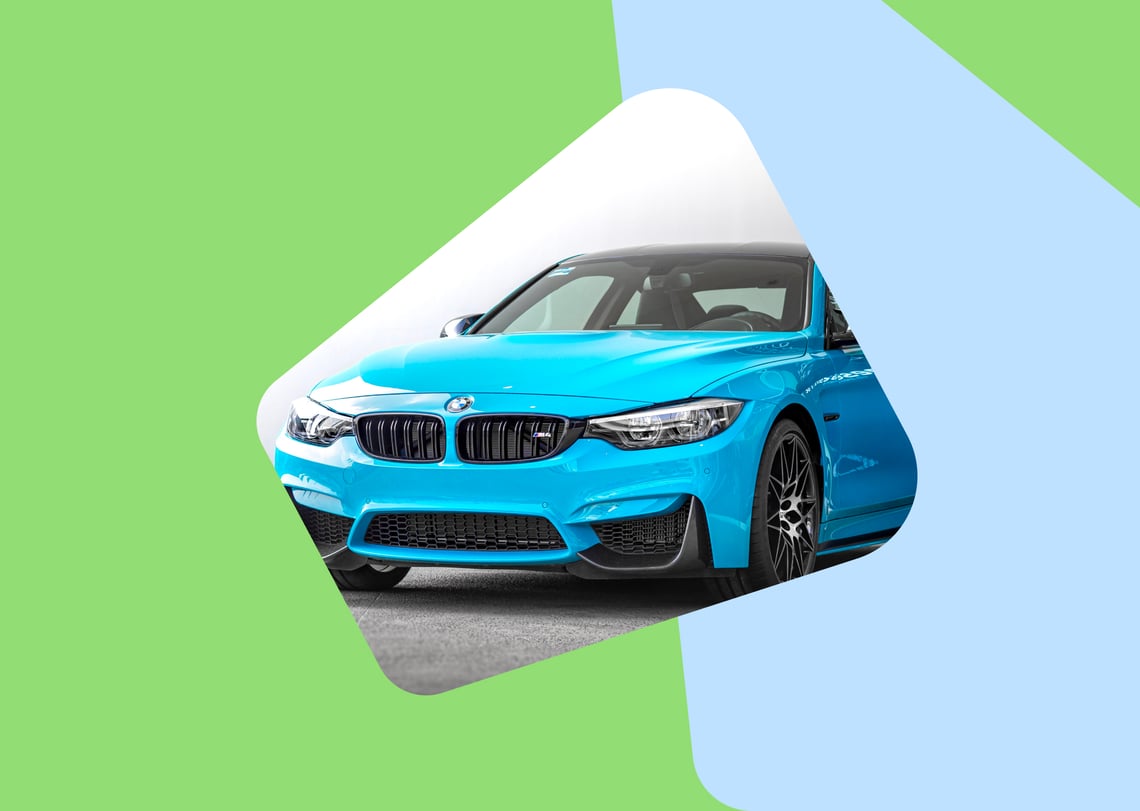 Jimmy Carr is a well-known comedian 😂 and TV personality in the UK. He's also known for his love of cars and has an impressive collection of them. But what you might not know is that his car collection isn't just for show.

Carr has been quoted as saying that his car collection is "an investment portfolio." And it's easy to see why he would say that. His driving portfolio includes some of the most sought-after cars in the world, like a Range Rover & The Marussia F1 car.

Of course, with such an impressive car collection comes a hefty price tag. It's estimated that Carr has spent over £1 million on his cars.

So if you're looking to get your hands on a piece of automotive history, or just want to have a laugh at Jimmy Carr's expense, this is the blog post for you, continue reading the Carmoola blog or start financing your dream car today!

We thought it's only reasonable to take a deeper look into Jimmy's career, so the Carmoola readers that aren't too familiar with him understand where he has made the money that granted him his car collection

Who is Jimmy Carr?

Jimmy Carr is a stand-up comedian, actor, writer, and television presenter from the United Kingdom. Carr was born on September 15, 1972, in Slough, Berkshire, and attended Ampleforth College. After college, he worked for Shell as a marketing executive before turning to comedy full-time.

Carr has been performing stand-up comedy since 2000 and has released nine DVDs of his work. He is also known for his appearances on numerous British TV shows such as "Have I Got News For You," "8 Out of 10 Cats Does Countdown," and "QI." In 2012, Carr hosted the British version of "The Price Is Right."

In addition to his work on television, Carr has also written two books: "Reasons to Live" and "The Naked Jape."

Carr's comedy often revolves around dark subject matter such as death, disease, deformity, misery, and war. He has been criticised by some for being insensitive and making light of serious topics. However, Carr has defended his material, saying that he believes comedy should be about pushing those boundaries.

Whether you love him or hate him, there's no denying that Jimmy Carr is a successful comedian with a large fan base (and one or two at Carmoola too!) and his success has allowed him to indulge in one of his other passions: cars.

The Rover 75, or as Jimmy refers to it "the mock-Tudor Jag". From afar with a squint and in the fog you could think 'oh that guy has got a fashionable Jaguar'. The vehicle survived longer than the actual brand was around and Jimmy ended up giving away what little value remained when he finished with the car. In the interview with Top Gear he does continue to mention that 'It sounds opulent that I gave a car to a friend, but actually, it was scrap.' It wasn't a valuable car, it was actually a piece of junk. 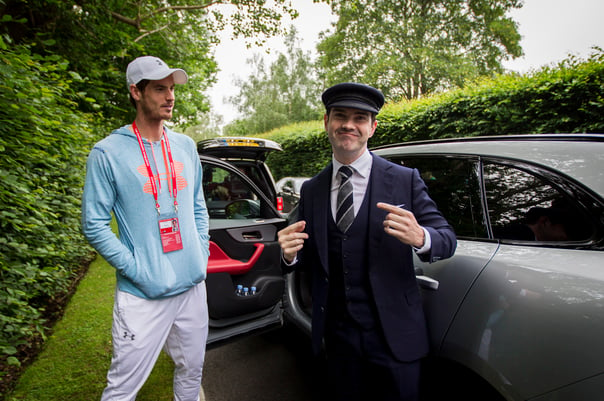 Jimmy then upgraded to a Range Rover, we don't mean to be harsh here, but that fits the British stereotype that he gets targeted for perfectly! The Range Rover in question has been said to have an incredible infotainment system so Jimmy arrives in style wherever he goes. However, it was the air-conditioned seats that caught Jimmy's attention. Jimmy mentioned 'I want to arrive everywhere with fresh, cool balls. That's modern motoring at its finest.' No comments from us on this front 😂 Along with the great air conditioning, the Range Rover has an incredible exterior design that you expect from Jaguar Land Rover, bright headlights shining through rain clouds during bad weather days and some models come with an adjustable sun roof... 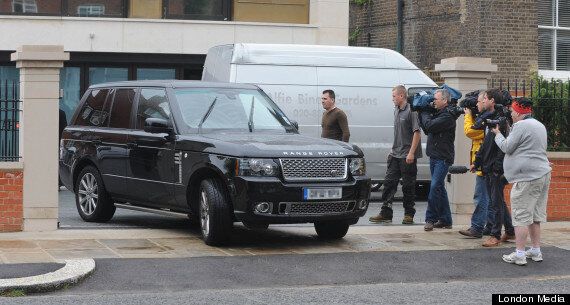 The Bentley Continental GT is a beautiful car and we can see why Jimmy wanted one. It has an incredible W12 engine with 626 bhp, which means it can go from 0-60 mph in just 3.7 seconds! Not to mention, the top speed is 207 mph... Now that is fast. The Bentley Continental GT also comes with some pretty impressive features such as 20-inch alloy wheels, heated seats and steering wheel, and a Naim sound system.

However, despite all of its amazing features, the Bentley Continental GT has been involved in some controversies, and that the car simply wasn't worth the money. But as loyal readers will know, we absolutely love the Continental GT and Jimmy Carr seems to be happy with his car and has said that he loves driving it. 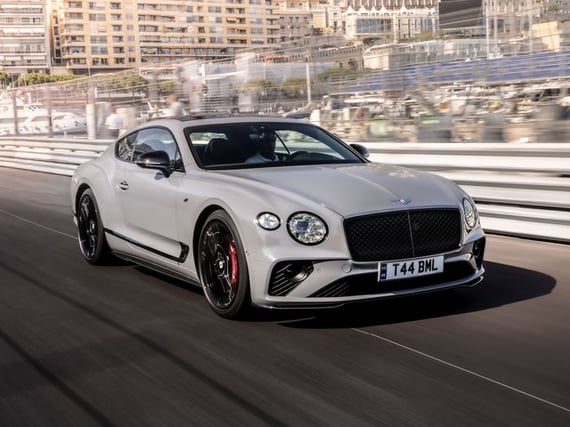 If you're not familiar with the Marussia F1 team, they were a Russian owned Formula One team that competed in the sport from 2010 to 2014. The team was originally based in Oxfordshire, England but later moved to Banbury.

The team was renamed to Manor Marussia F1 Team in 2015 and competed in the 2015 Formula One season before going into administration and being dissolved.

However, before the team was dissolved, they managed to build an incredible car, the MR03. The MR03 was powered by a Cosworth CA2013 V6 engine and had a top speed of217 mph.

While the Marussia F1 team may no longer be around, their legacy lives on through Jimmy Carr and his drive in the Marussia MR03. Speaking to Top Gear he mentions; "I got to do three laps and probably did 160mph, maybe 180mph on the straight, although it felt like more. The acceleration is extraordinary, but the brakes take your breath away. You think, ‘I'm going to brake', and then it's already happened. It's phenomenal. We warmed up in Formula Fords but I think they're more dangerous..." 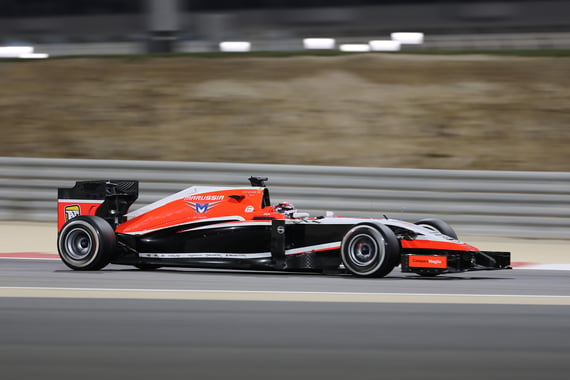 Love him or loath him, we have to say, we're pretty jealous of Jimmy Carr's car collection. He has some amazing cars that any petrol head would love to get their hands on.

If you are looking for your very own Jimmy Carr-approved car, check out our online car finance calculator. It can give you an estimate of the repayment amount to expect for your desired budget.