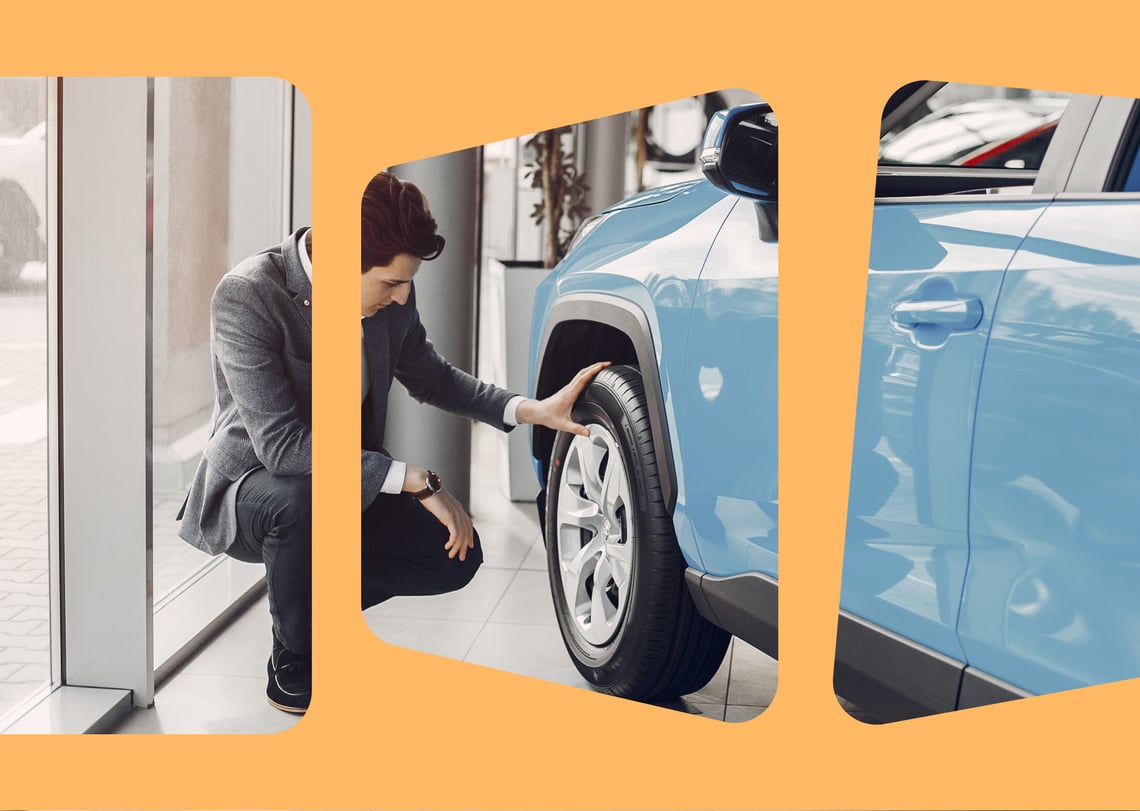 Keith Lemon is a character played by actor Leigh Francis, he is best known for his role in Celebrity Juice & Through The Keyhole - where he takes a look inside celebrities houses and guesses which house belongs to who. The Keith Lemon character is larger-than-life, funny and outspoken, but what car does he drive? 🤔

A car tells you a lot about a person, and in Keith’s case, this is definitely true. Keith rides around in a DeLorean DMC-12. Now, if you recognise that name, it is most likely down to the Back To The Future films, where Doc Brown & Marty McFly travel to the past and the future in the 2 door coupé.

Why does Keith Lemon drive this car?

As with a lot of celebrities, Keith Lemon has a lot of different cars, but the one you are here for today is the DeLorean. The reason for his driving the DeLorean was for a special called Lemonaid, where he would find members of the public and ‘aid’ them. What better way to get around town than in the BTTF masterpiece?

So, by now you are probably realising that the DeLorean is not Keith Lemon’s daily driver. Although he has a bold personality, I don’t even think Keith would be able to handle a car like the DMC-12, especially with the unsatisfactory quality that those that have driven it experienced, but more about that later…

This car was the only one brought to market by the DeLorean Motor Company, who ended up filing for bankruptcy in 1983. And after the poor build quality and bad driving experience, you can see why the DMC-12 sales didn’t skyrocket originally like John Delorean predicted, however, it’s popularity did increase with the release of the original Back To The Future film. On the 4th of December 1985, interest started to spike as BTTF fanatics just needed to get their hands on the precious DMC-12!

The rear engine 2 passenger sports cars were snapped up by fans left and right, and the 9,000 units produced quickly sold as memorabilia for adoring watchers.

If you guys are car fans, which we know a lot of you will be, the DMC-12 is such an interesting car. The gull-wing doors, combined with the V6 engine made the driver look great, and had a surprisingly commendable fuel economy, according to Motor Trend. However, the primary models had severe production issues, and it took 4 recalls to finally get the car right. By that time the general sales were disappointing due to the negative customer reviews the car was getting.

So, as mentioned before, Keith started driving the DeLorean as part of the series Lemonaid. A lot of ITV & Lemon fans thought why? The answer is, he is a huge Back To The Future Fan! To celebrate the film turning 30, he recorded a documentary close to the date that they travelled to in the film. In the documentary he moved around America and met the cast of the film along with the producer Bob Gale. Comedian Paddy McGuiness and celebrity chef Gino D’Acampo also joined along for the ride, which made for excellent viewing 😂

What are Keith Lemon’s daily drivers?

Now, Leigh has been spotted in a number of different vehicles, from the Mini Countryman to a Porsche in Central London, so as with a lot of us, a pretty normal guy with a standard car collection. Lots of celebrities are huge Mini fans, including; Madonna, Fearne Cotton & Paul McCartney.

His car collection perfectly mirrors the difference between his personal side and the characters that he portrays on screen. Leigh is very reserved, and rarely does interviews as himself, and in a rare interview with On Magazine he stated that ‘I had no intentions of being on TV!’ Well we are glad you changed your mind Leigh!

As with the DeLorean, we will be doing a rundown for the Mini Countryman & Porsche as well.

There isn’t a lot of information out there about Leigh Francis’ driving habits, but in most pictures he has been spotted in a grey Mini Countryman. This 5 door SUV provides the comfort and style that Leigh needs on a day to day basis, when he isn’t busy being Keith Lemon in front of millions of viewers. The Mini boasts a premium leather interior to add that bit of quality that celebrities like Leigh are looking for. Combined with the reliability and interior of the car, it really is a no brainer for him. This car definitely relates with his personal side, a family orientated man, and the Mini is perfect for those long drives over the Yorkshire Moors.

If you are looking to follow in the footsteps of Keith Lemon in getting yourself a Countryman, see the car finance deal you could get using our calculator.

This car definitely shows Leigh’s more flashy side, something that we see a lot in Keith Lemon, with the outrageous outfits and the quirky hats. The Porsche is perfect for a trip to the big city, cruising down the high street, with the roof down, it’s everybody’s dream. Now Keith was spotted in a 911, and if you know your cars, this is a fine piece of engineering. It definitely shows Keith’s classier and expensive side, with the new Porsche 911 model coming in at a whopping £110,000. This car is a thing of beauty, and is definitely something we could see Keith Lemon the character in after an episode of Celebrity Juice!

Keith Lemon as a character has been in some pretty crazy vehicles. Leigh Francis, the man behind the character, is a lot more laid back with his vehicle choices, but still appreciates the finer things in life. We truly couldn’t believe it when we saw the photos of Keith Lemon in the DeLorean, and we have truly enjoyed the research for this piece and we hope you have enjoyed learning a little more about Keith Lemon’s motor history.

Now, if you are looking for car finance to find your own dream car, look no further. Carmoola is an accessible, inclusive and straightforward app that helps people like yourself get the perfect car financing deal for them. Simply apply on  Carmoola, enter your details and verify your ID, then get an estimation of what you could potentially borrow, over how long and what it would cost.

It takes a few minutes, any time night or day. No need for paperwork, phone calls or interviews. Then simply apply, and once you are approved, find your ideal car, and you can simply pay with your virtual Carmoola card at the dealership! What’s not to like?!

For more celebrity cars, check out other informative articles from the Carmoola blog!