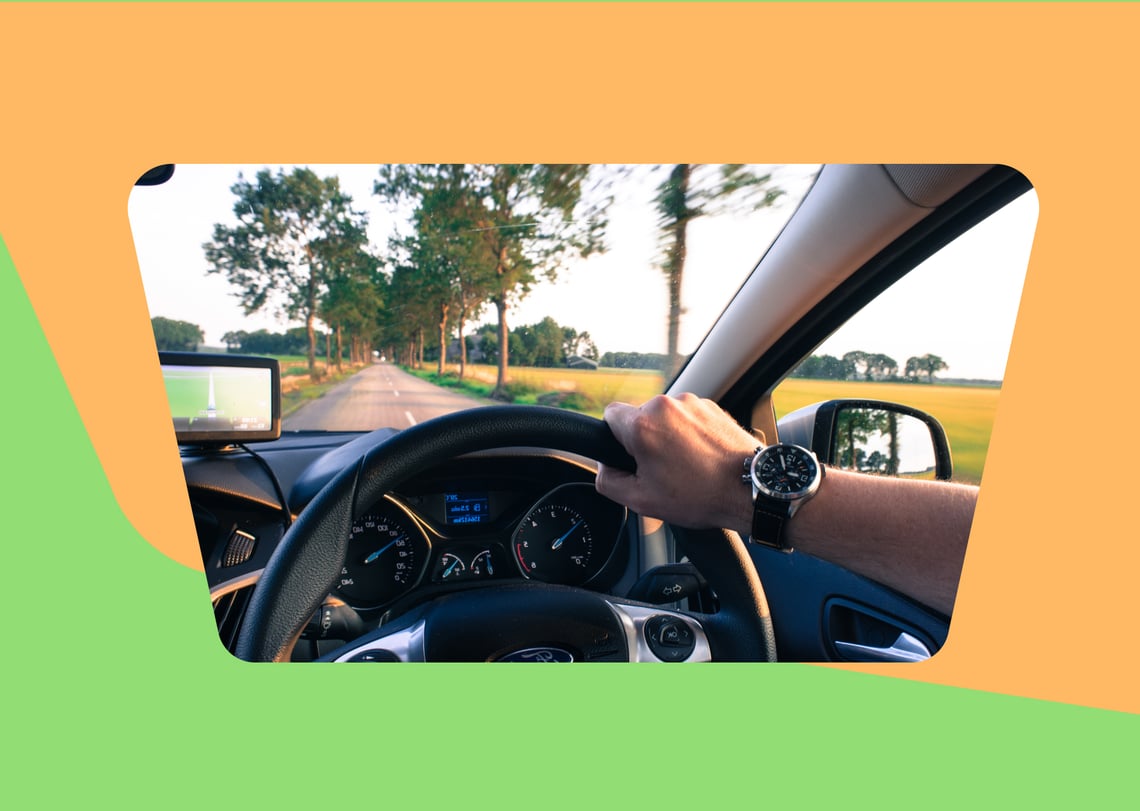 Michael McIntyre has a lot to say about driving, and the motor industry in general. We absolutely love him here at Carmoola, but alongside his comedy, he has a seriously impressive car collection that you are going to want to check out. Some of these might be out of our scope in terms of car finance, but we definitely love to talk about them, and we hope you enjoy reading.

Now, you might think that Michael McIntyre presents himself as a bit of a clown on stage and you often find him hopping around the Palladium or the Apollo performing one of his trademark routines. However, his car collection is very sophisticated, from his Ferrari all the way to you guessed it - his Range Rover. We highlight on these blogs how many celebrities use a Range or Land Rover as their daily driver, and Michael is no different.

Who is Michael McIntyre?

Michael McIntyre is the highest grossing comedian in the world at the moment. With an estimated net worth of $80 million and estimated yearly earnings reaching as high as $30 million, he definitely has the money to splash out on a very nice car collection. McIntyre has 4 DVDs that together have sold over 5 million copies, along with hit TV shows including; The Wheel & The Big Show.

He is known for his big personality, and a charming persona that gets the arenas he performs in dying from laughter. This personality landed him the role of presenting the Royal Variety Performance back in 2010, when he became the youngest ever host. You might recently have been enjoying his Saturday prime time viewing of The Wheel. Pretty impressive Michael! His career has been nothing short of extraordinary, just like his car collection.

Where did Michael McIntyre’s relationship with cars start?

Michael featured on an episode of Top Gear in 2009 where Jeremy Clarkson interviewed him about his relationship with cars and where his passion for cars started. He said and we quote ‘I did buy my first car to try and seduce women’. The car in question was a Triumph Spitfire Convertible, and that’s where his car collection starts. In this interview, Michael’s love for cars and the motor industry as a whole is so clear, and if you guys ever do get the chance, you can see the interview on YouTube here. It’s super here to us at Carmoola, that not only does Michael love a car joke, but also that he actually enjoys cars as well! His knowledge is super credible, and something to be admired.

Now onto the part you are here for, the cars, and most importantly the prices (don’t worry, we will add them all in). Aside from a brief 1minute 48 second stint in the Top Gear reasonably priced car at the time, which we would love to talk about, but doesn’t really have any relevance, Michael’s car collection is very impressive (and expensive…). On said interview with Jeremy Clarkson he mentioned the X5,  which Clarkson shunted his nose at. He then continued to mention the fact at the moment of recording he only has 2 cars. One for his partner, Kitty, and one for himself so they could get around town comfortably. Today, we will be going over cars from past and present, for your enjoyment. Here are the cars:

When McIntyre was a starting stand-up comedian his car was an Austin Metro. Let’s just keep that in mind when going through these cars. From a Metro to a Ferrari, not a bad journey. The California comes in at a whopping £150,000, and boasts an impressive top speed of 193 mph and goes from 0-60 in 3.8 seconds. The California is polished off with a custom matte paint job, that adds a sense of 007 about the comedian, especially with a cool pair of shades on. If you want to check out our opinions on the best Ferrari models out there, you can do so here.

Only a standard £144,000 got dropped on the AMG,  and his love for this car is very easy to spot. He was spotted in North London, looking very pleased with himself after hopping out of his 2020 vehicle of choice. We would say this would be the perfect daily driver, with climate control, leather upholstery and parking sensors for those tighter London parking spots. The Mercedes really is a beautiful car, and comes with a lot of extras including; alloys, front & rear heated seats and LED headlamps.

Now, let’s move onto power and there is no car better to make that transition than the V8 5.0 Litre engine that the XK holds. Again, Michael was spotted admiring the car back in 2010, but guys, who wouldn’t. Not only does the car go from 0-60 in 4.6 seconds, but it is aesthetically pleasing as well, which it should be, for £80,000! This was a great personal gift from the success of his live shows and DVD that occurred previously. That £8 million supposed earning was spent wisely, as we can see.

Let’s throw it back to 2014, and Michael McIntyre is cruising around the UK in his X5. The X5 is a luxury crossover SUV produced by BMW and therefore providing a little extra prestige, especially in the eyes of the public. This car is an allrounder. Forget Freddie Flintoff, the X5 came to play, and BMW really smashed it out the park. It is crammed with all the latest technologies, has off-roading abilities and is well-equipped for those tough situations. You can see why Michael bought this car, and as 4x4 fans, we think he made a decent choice here. This BMW would have set him back around £48,000 - so not that much of a dent in his bank account. 😂

Michael McIntyre is a funny man. I mean, if you can make an Austin Metro interesting, you are funny in our book. And this all round ‘good-guy’ personality has amassed him with a huge following and huge spending pot for his cars. You can see straight away, he has a passion for cars, and we would highly recommend taking a look at some of his car skits as they are truly hilarious.

Now, here at Carmoola we understand that not everyone sold 750,000 seats to a comedy show and can spend £10, £20 thousand on a car, never mind £150,000. This is why we offer car financing deals that suit the customer. So if it's time for an upgrade or if you are looking for your first dream car, why not check out the likely cost buy using our online calculator to give you an idea of what you could afford to borrow. Then you can simply apply on  Carmoola  . Just enter your details, verify your ID, then get an estimation of what you could potentially borrow, over how long and what it would cost. It takes a few minutes, any time night or day.

No need for paperwork, phone calls or interviews. Then once you are approved, find your ideal car, and you can simply pay with your virtual Carmoola card at the dealership! What’s not to like?!