How Fast Do New Cars Depreciate? 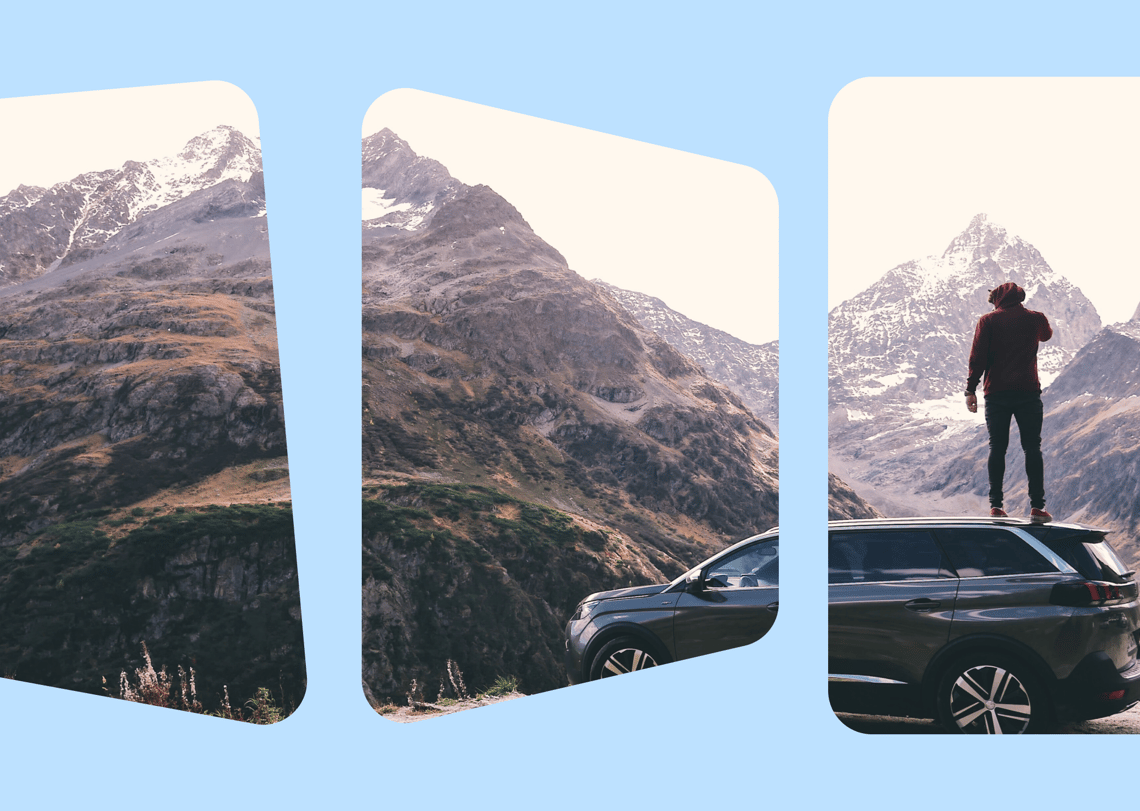 Are you planning to buy a new car but worried about new car depreciation? The truth about this is that the car’s value will quickly go down as soon as you start driving it away from the dealership. It’s rather unfortunate but this is the reality of owning a brand new car.

However, there are ways to minimise the car depreciation rate. It’s going to depend on the kind of vehicle you’re going to buy, how you take care of it, and whether it is new or second-hand. Here’s what you need to know about car depreciation in the UK.

A car’s depreciation is the change between its value when you bought it and where it drops to over time. As soon as you purchase the vehicle, it will begin to lose its initial value.

Cars depreciate because of the natural wear and tear it incurs throughout its life, being driven on different types of roads, in various weather conditions, and the manner in which they are being used. Compared to other expensive things you own, cars get a lot of beating.

Here’s an example, if you buy the latest smartphone for £500, it will eventually start to have scratches and other marks that will devalue it because of your regular use. Also, within a year, your smartphone won’t be the latest model available on the market anymore. This means it won’t be worth what you originally paid to buy it.

How Much Value Does a Car Lose?

Within the first year of owning your car, it will lose a lot of its value. The depreciation rate of your car is deeply connected to its original price. We can break this down into three parts to make it simpler.

First is the wholesale price or factory price. This is the amount the car dealer pays to purchase the vehicle from the manufacturer. The second is the recommended retail price. Car manufacturers suggest a certain price that the vehicles should be sold to the car buyers. And lastly, the retail price is the amount you’d have to pay to purchase the car from the car dealer. It already includes the dealer’s mark-up, which is usually five to ten per cent of the factory price.

Car Depreciation During the First Year

The moment you sit in the car, start it and drive it, it will be devalued from its retail price. It will depreciate somewhere around five to ten per cent of its value. This means it’s back to its original factory price. Within the first year of owning the car, the value will continue to drop to 15 to 25 per cent. As more years pass, the car will also depreciate further.

This is the main reason why some car buyers prefer second-hand vehicles because they want to avoid the steep drop of the car’s value that happens in the first year. But just like any vehicle, you can’t really avoid depreciation in the coming years. There are exceptions though, such as luxury or vintage collectible cars that may appreciate in value. However, they do come with very hefty price tags.

Fastest Depreciating Cars in the UK

The depreciation rate is not the same for all vehicles. There are some that lose their value fast while others depreciate more slowly. Brand new cars don’t retain their value for long. It’s because of their mark-ups that the car dealers add to the factory price. That’s why as soon as you leave the dealership, the car loses a lot of its value compared to second-hand vehicles.

If you get a car in low demand, it would also lose its value quickly. Naturally, cars that have high demand are more valuable and can retain that value much longer. It would be wise to choose a more sought-after model if you want to reduce the rate of car depreciation. Does the model you're buying have the extras people will look for in the future? Things like heated seats, sunroof, parking sensors, can all help to maintain the value (and demand) for your car if you want to sell it in the future. In the UK, here are the most popular 10 car colours. Still want to get that car in Orange??

Most popular car colours in the UK as of September 2021


Cars that Depreciate the Slowest

Fuel-efficient cars are on top of the list. These vehicles are very much in demand today. Many people are looking for cost-effective cars. You may consider getting an electric car because those have slow depreciation rates. Also, cheaper cars don’t lose their as value fast. And since they’re more affordable, they’re also popular among car buyers.

How Fast Do Second-Hand Cars Depreciate?

Many car buyers avoid purchasing a brand new vehicle so they don’t have to face the devaluation of their investment in the first year. However, car depreciation can’t really be avoided, even with second-hand vehicles. The car’s age will dictate how fast it will lose its value.

Cars that are almost new or about one to two years old can avoid the fast depreciation that happens to brand new vehicles. If the second-hand car is five years old already, it won’t lose a lot of its value. However, keep in mind that the older your car, the more you’re going to have to prepare for repairs and other maintenance-related expenses.

If the car is eight years old or older, then it has lost as much value as it can. You need to think hard if you’re willing to risk buying a car this old because of the costs of repairs you’ll be facing. Maybe you could save more on a brand new car even with its depreciation in its first year. It’s something to think about.

We found this cool car depreciation calculator that you might like to check out, to compare some of the cars you might be looking at buying.

Here's an example of a depreciation curve from freecarvaluations.co.uk 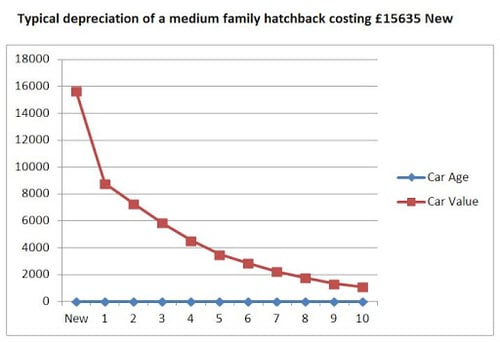 There are ways that you can minimise your car’s depreciation. Make sure that it is maintained and serviced regularly. If there’s any damage, have it fixed sooner rather than later. If you can, keep your mileage to a minimum. You may also choose to buy a nearly-new second-hand car to avoid fast depreciation. Don’t forget to do your research on the car’s value before you buy it. And when you’re choosing a car, try to avoid unpopular colours.

If you feel that you’d rather not deal with all this issue of car depreciation, there’s a solution for that. You can always lease a car rather than buy one. You don’t have to worry about all the devaluation. And when your lease contract ends after a couple of years, you can get a newer car! It really depends on you. Hopefully, this article helped you in understanding more about car depreciation.