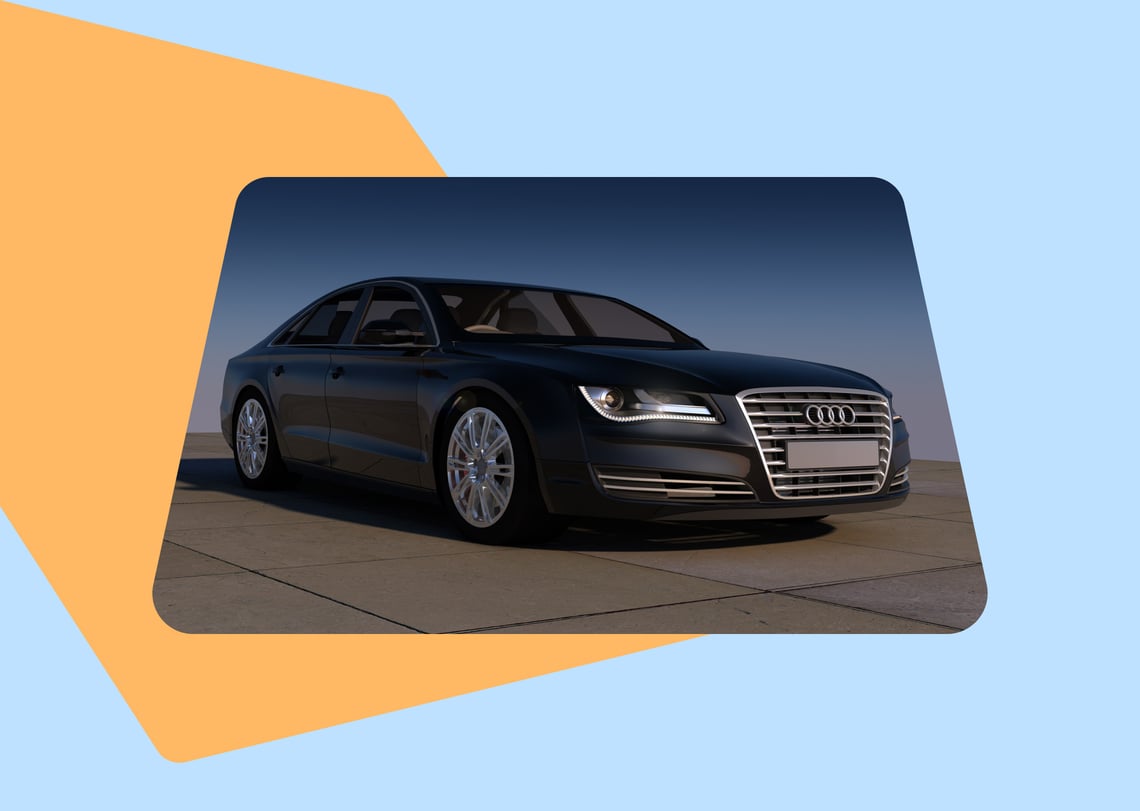 The most successful team in French history, Paris Saint Germain, is one of the biggest clubs in the world. Famed for their current team of Kylian Mbappe, Lionel Messi & Neymar, the Parisians are one of the powerhouses of the game. ⚽

But how did this quality replicate in the player’s cars? We all know about the wage bills of footballers being incredibly high, but money can’t always buy taste, so today, we will be putting the PSG car collection to the test. If you have any thoughts about the cars on show at the Parc de Princes, put them in the comments section below…

Compared to most other football clubs, Paris Saint-Germain (PSG) are a relatively young club. Nevertheless, they were remarkably successful in their short lifespan, winning Ligue 1 titles, French Cups and League Cups. They are one of only two French sides to win a European trophy, a feat they have achieved by winning the 1996 Cup Winners' Cup. Their rivalry with Marseille, often referred to as "Le Classique", is widely considered to be the most passionate derby in French football.

Paris Saint-Germain and Renault signed on an official partnership that linked the two organisations up until this season just gone. The PSG Director of Sponsorship said; “We are delighted that Renault has chosen Paris Saint-Germain to mark its entry into football and are proud to associate our club with one of the stalwarts of French industry.” And we would be as well, if it meant free Renault’s for all the blog team. Now that we are thinking about it, R.S 01’s for everyone!

Now, let's get into the reason why all of you guys are here - to see some luxury cars, and to get to know your favourite players a little better!

We had to start the blog off with one of the best players in history. Lionel Messi has 7 Ballon D’or awards (best player in the world), making him the most sought after player in football. PSG signed him in 2021, technically making them the best team in the world.

But let’s be honest, Lionel was always going to come with a hefty price tag - £31.1 million per year over 3 years to be exact. But how did he spend this? Cars.

Messi's collection currently consists of 13 cars, with a total value of £28,169,068, and tops the athletes most expensive car collection list ahead of Cristiano Ronaldo in second place. When it comes to cars though, this isn’t the only time Messi has got the better of Cristiano. £25 million worth of Messi’s collection is invested in his 2016 purchase of a 1957 Ferrari 335 S Spider Scaglietti. And guess who he pipped to the post? That’s right - Cristiano Ronaldo. The rest of his collection is made up of a pair of Range Rovers, Pagani Zonda Roadster & a Toyota Prius, that he got for free after the 2011 Club World Cup. 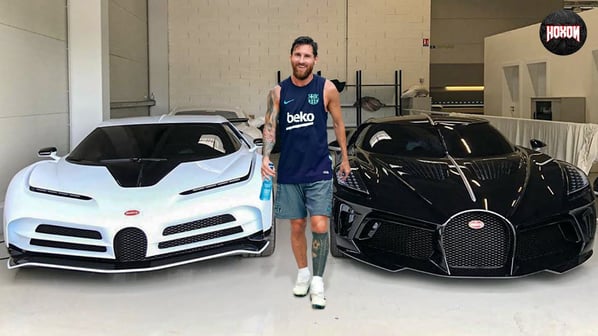 Kylian Mbappe has clocked speeds upwards of 23 MPH, faster than Usain Bolt’s world record top speed, but does speed on the pitch translate to speed on the roads?

Of course it does. Is 211 MPH enough for you? That’s the top speed of Kylian’s Ferrari 488 Pista, which cost the French frontman a whopping €520,000 or, just over a weeks worth of work at his current salary. To polish off his car collection, Mbappe owns a range of Volkswagens including a van, his daily driver the Touareg & a Tiguan. If you are looking to get yourself a Volkswagen, or any car for that matter, then we would recommend checking out our app. Click the link here to start your financing journey…

Neymar was still a huge feature in the Barcelona team when they completed the deal with Audi. So, he managed to get himself a nice Audi. However, that’s not where the car collection ends at all. His car collection is one that only the richest could afford, including a ​​Koenigsegg CCXR Trevita (known to be one of the fastest cars ever), a Lamborghini Veneno & a Lykan Hypersport that is rumoured to have over 400 diamonds in the headlights. How ludicrous is that. I mean, we get it’s amazing, but utterly useless at the same time 🤣. But, I guess when you have that much money, you spend it on just about anything that is offered to you? 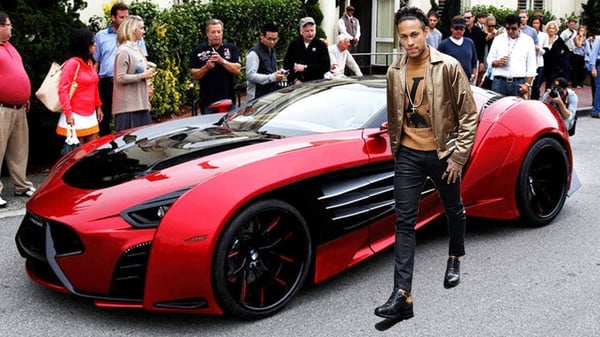 Our final member of the 1st team squad is the Goalkeeper, Gianluigi Donnarumma. And in terms of surprise, we think this actually beats them all! When we sat down to write this, we expected the Messi, Mbappe & Neymar car collections, but the team were genuinely shocked when it came to Gianluigi. His daily driver is the Lamborghini Urus, and it doesn’t end there. Donnarumma also owns a BMW, a Bugatti and, like many other footballers, a Porsche 911. Very sophisticated Gianluigi, and we are sure you will get to Lionel’s level at some stage! 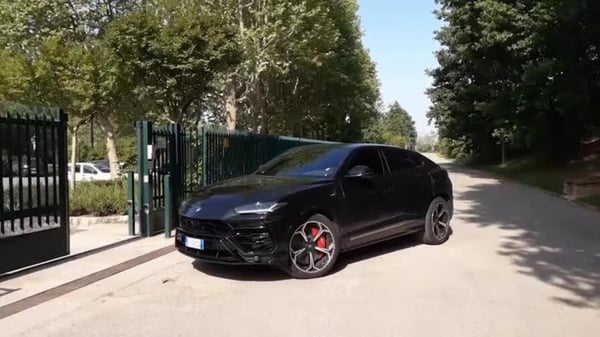 Lionel Messi stands out like a sore thumb in this list with the biggest and best car collection of the Paris Saint Germain players, but there have been some great surprises & questionable choices intertwined throughout the blog post.

We really do hope you enjoyed our blog post today, so all we ask is that if you found some value or enjoyment from it, that you simply copy the link and send it to a friend! It helps us more than you can imagine 👍