In recent years, Aston Villa have climbed up the ranks of the English football league and have returned to their former glory. 🏆 The guys from the Midlands have developed a great team, led by Liverpool legend Steven Gerrard. With superstars like Phillipe Coutinho, Ollie Watkins & Tyrone Mings, the wage bill needs to match, and you know what that means?

It means there is a car collection to match. And the Villa boys haven’t held back when it comes to their driving experience. From Aston Martin’s to G-Wagons, the Birmingham team has it all. Continue reading to find out more…

​​Aston Villa Football Club is an English professional football club based in Aston, Birmingham. The club competes in the Premier League, the top tier of the English football league system. They are one of the founding members of the English football league, and this has garnered Aston Villa a host of famous fans who support them. The list includes; Tom Hanks, Ozzie Osbourne & Oliver Phelps. Aston Villa are considered by many to be the first football World Champions in history, overall, a very special club.

At the time of writing, the team are currently in a low-mid table status, with a host of new and developing players coming through to hopefully boost their rankings in the next couple of years. And we have to say, these new players have come with some great cars. So, enough about football, and let’s get into what everyone is interested in - cars.

With Villa’s big squad, we can’t include everyone’s car collection, we would be here all day, however, what we can do is include the most impressive. So today we are going to be looking at;

And trust us when we say - you are in for a treat here guys.

Widely regarded as one of the most skilful players in the Premier League, Coutinho joined Aston Villa in January 2022 on loan and, as of the date of this blog post, in his 14 games he has managed 4 goals and 3 assists. However, he can be skilful on the pitch, but is that style replicated in his car collection?

Coutinho has a wide array of cars, including a sweet Aston Martin DB9, that goes for a staggering $240,000 (£190,000). It doesn’t stop there, to top off his collection Coutinho has a Mercedes AMG G-Wagon, an Audi q8 & an Audi q7 e-quattro. You have some seriously jealous car enthusiasts here Philippe 🙋‍♂️

Like his name suggests, Marvelous Nakamba is a great football player, but does his car collection follow the trend? With a yearly salary of around £2.17 million, you would expect it to be fairly decent, but Nakamba takes it to a new level. Marvelous is famously a Lamborghini fanboy, and he has splashed out on the Urus & the Aventador, with a combined price tag of over £480,000, this might be a little above our car financing calculator!

To go along with the Lamborghini’s, Nakamba picked out a ‘daily driver’, the Audi Sedan, so he can go to and from training in style. Marvellous.

With an annual salary tallying over £6 million, Danny Ings is Aston Villa’s highest paid player. You can see why as well, the 29 year old is a prolific goal scorer, hitting 15+ goals in a number of seasons over his career. Here at Carmoola, we wondered if he had the same quality when it came to cars. We were then shocked to find out that his driving prowess is not as good as his finishing. He was fined £220 (4 minutes of work), back in August 2021. He did do it in a £130,000 Bentley though, so I guess you could say he did it in style? We have linked an article for everything you can expect from a speed awareness course here, just in case Danny ever reads this 🤣

Tyrone famously ‘made it as a footballer’ when he upgraded his CAR FINANCING deal from a Saxo to a Corsa. Now that is definitely something we could have helped with, and if you are looking to finance your Corsa, or any car in fact, make sure you check your eligibility with our app.

Since then, Tyrone has made one or two changes, incorporating a G-Wagon and a Range Rover into his car collection, however, Tyrone has gained legendary status around the Carmoola team for going with a car financing deal. Respect. 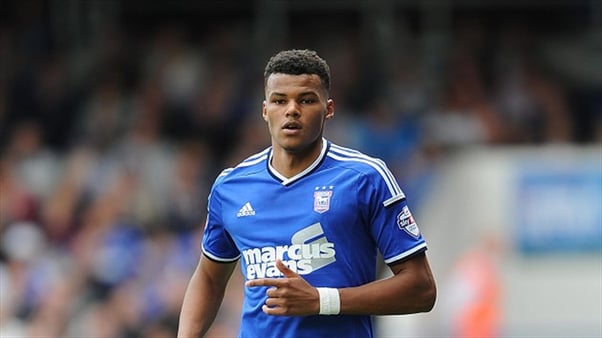 Ollie Watkins has burst onto the scene over the past couple of years, and has left his mark on the Premier League with 11 goals in all competitions this year. He recently made his debut for the England Men’s Team, and made the record signing over to Aston Villa where he has had 2 strong seasons back to back. When Aston Villa made the speedy striker their record signing, his ability to move past defenders and ride past them with ferocious speed and strength were two of the reasons why. What better car to get than the Mercedes Benz. It combines strength and speed to make for a crazy comfortable ride 🚙