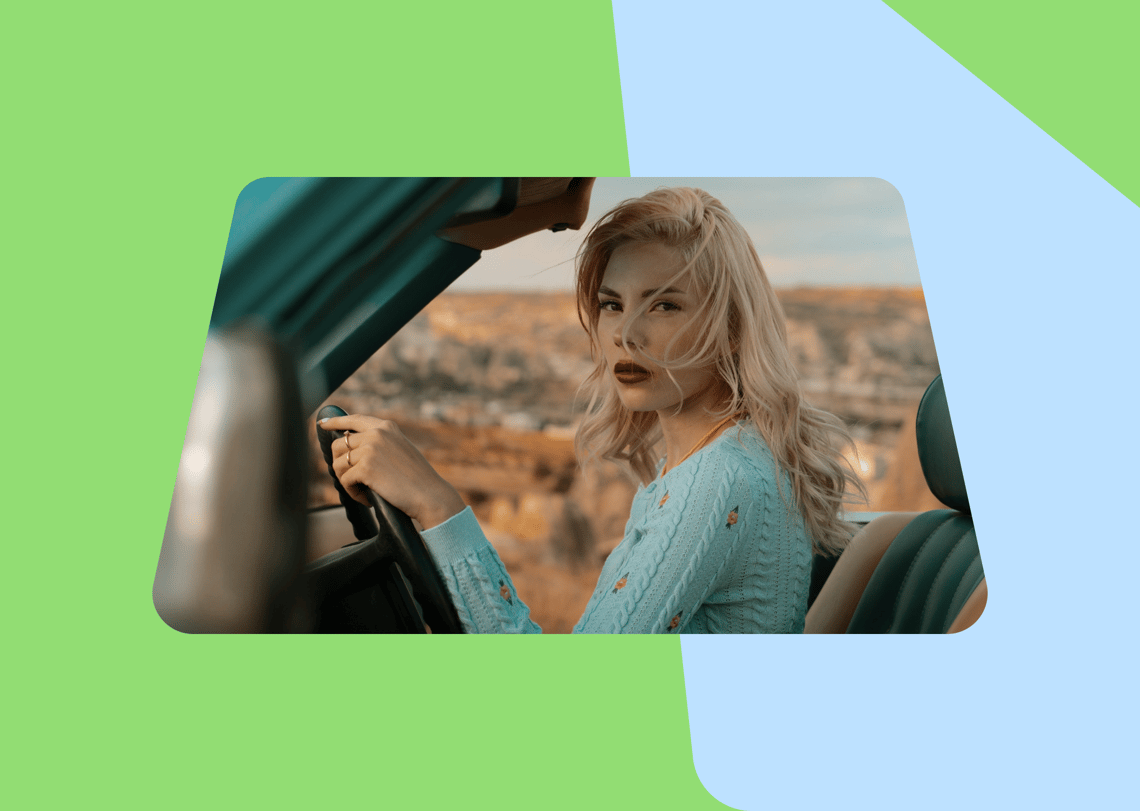 According to recent data published by the DVLA, women make up over 46% of the UK's driving license holders while majorly influencing a whopping 89% of all car purchasing decisions. But despite this, the automotive sector is still very much a male-dominated space, which is predominantly geared (pun unintended) towards the interests of its male consumers, leading almost a third of women (and 13% of men) to feel that the industry is inherently sexist.

With that in mind, and March 8 marking International Women's Day 2022, for which this year's chosen campaign theme is #BreakTheBias, now seems like the perfect time for Carmoola to step in and break down the car buying stereotypes that women face. But as well as highlighting the industry's problems, we'll also be celebrating our fellow champions for equality 💪 , who are driving change from within the automotive sector itself.

In What Way Is The Car Retail Sector Sexist?

Before we go on and explore the advancements that are currently being made and who's behind them, we know you might be wondering how - and why - the automotive industry is leaving its female customers behind. So, let's dive in, shall we?

A lot of the time, the negative connotations associated with the industry can be traced back to the lack of female representation in car retail. Other times, it could be because of the way that women have been pigeonholed, portrayed or spoken to in the past.

For instance, you might recall there was once a time when the only women you would see represented by the automotive sector were either the airbrushed bikini models posed seductively on the bonnets of fast and flashy sports cars or the ladies whose only responsibility was pouring coffee and taking calls ☎️ in car showrooms. Sound familiar?

While we're pleased to say that things have come a long way since those days, the reality is that even now, in 2022, women account for just 20% of the automotive workforce, and less than 10% hold executive titles. This was emphasised by a poll carried out by WhatCar? magazine, where 68% of the 3,000 respondents confessed that they had never purchased a car from a woman before.

This has undoubtedly left a lasting impression that has translated into a lack of trust from female car buyers, 40% of whom admit dreading the car buying process.

Marketing is a key tactic that companies use to draw in their target audience and increase revenue. But when it comes to car sales, many businesses are still clinging to hyper-masculine, Top Gear-esque adverts that wouldn't look out of place in the next Fast and Furious movie. And it turns out these tropes aren't just pushing away female buyers.

With today's car shoppers being more focused on sustainability, climate change and the environment 🌍 and less on engine size and horsepower, men are feeling fed up too.

In a survey of 2,000 male and female drivers aged between 18 and 64, 87% said they felt a growing ''disconnect'' from today's car adverts, with 73% agreeing that many of these marketing materials feed into gender stereotypes or are designed to appeal to men only. So, why continue using them?

The short answer is that since the early days of automobiles, it has been perceived that women aren't as interested or as educated about cars as men are. These stereotypes have had a knock-on effect on how women are treated when entering showrooms, job interviews and garages.

But the truth is, women are just as likely to view their car as part of their identity as men, and we are even more likely to use them as a form of outward expression.

The Industry Is Changing

It's not all doom and gloom, however. While it's no secret that there is still a lot of work that needs to be done to make the automotive industry a more inclusive place for female drivers, the sector has come on leaps and bounds in recent years.

With 20% more women purchasing cars today than there was a decade ago, the number of female car buyers in the UK is currently at an all-time high, which has woken many up to the need for change. And thanks to a few shining stars ✨ , that change is already happening.

The Automotive 30% Club Is Putting Women In The Driving Seat 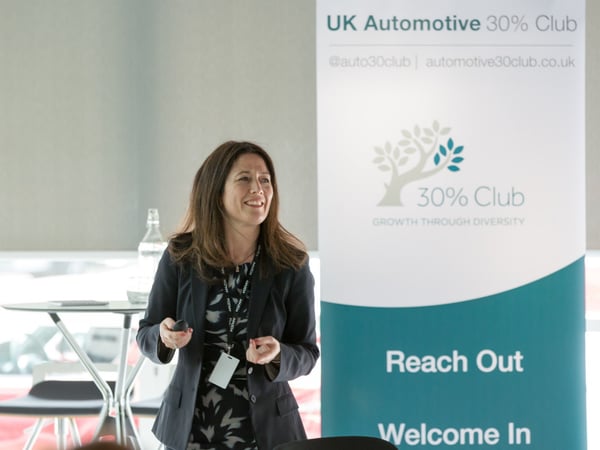 Founded by Julia Muir, the Automotive 30% Club is a voluntary collaboration of MDs and CEOs from across the automotive industry who are leading the charge with their campaign to help women fill at least 30% of automotive leadership positions by 2030.

In an interview, Julia commented: ''Car dealerships that have male-dominated sales teams are settling for less. First impressions are critical, and most customers walk into a showroom where men are key players, the sales executives, and women are only in support roles such as hosts who serve the coffee. A gendered power imbalance is immediately evident.'' 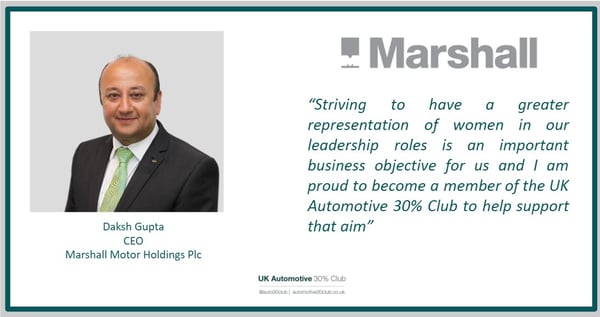 His company has also been working hard to implement change, and with 37.5% of his board now female along with half of his department heads, the results are extremely encouraging. And he has no plans to stop there!

For the last 7 years, Autocar has hosted the Great British Women In The Car Industry awards ceremony, which celebrates the most influential females in the automotive space.

Each year, 100 women are selected from eleven areas of the car industry. These include: Aftersales and Workshop, Marketing, Mobility and Digital, PR and Communications, People Development, Executive, Manufacturing, Vehicle Development, Sales and finally, Operations. There is also an additional category for women in apprenticeship roles, which recognises and nurtures fresh talent at the starting point of their career.

Nominations for this year's award 🏆 are open until 11.59pm on the 1st of April, and the winner will be announced on the 14th of June.

We're also beginning to see progress from within the big name brands. Take Citroën, for example, who appointed a female CEO, Linda Jackson, in 2014. She was the head of the company for six years and is now the chief executive officer at Peugeot.

McLaren, Honda, Jaguar Land Rover and Aston Martin are all committed to strengthening their female workforce and are encouraging women to take on leadership positions.

Meanwhile, everyone's favourite supercar brand Lamborghini has a Female Advisory Board, led by tetraplegic race car driver Nathalie McGloin. And Bentley? They've gone and  created an outreach programme, which aims to inspire the next generation of women to take up STEM careers.

How The Digitalisation Of Motor Retail Is Appealing To Women 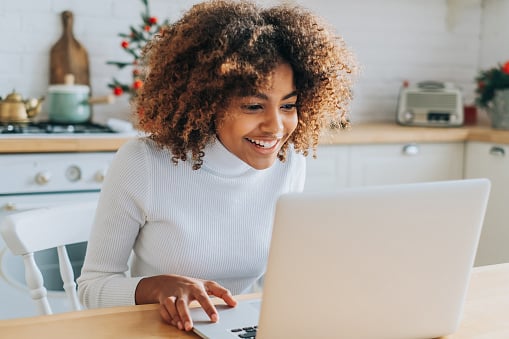 The years of under-representation, exclusive marketing campaigns and the hard-sell tactics of car sales executives are finally coming to an end - and it's partly due to the digitalisation of motor retail 🚘 .

Further propelled by demand created during the pandemic, online car buying has become increasingly popular, with women being 71% more likely to purchase virtually than men. One reason for this is the lack of pressure to buy, which gives shoppers all the time they need to make a decision about their future car.

For women, who spend more time researching in a bid to obtain knowledge and build confidence, the buying process typically takes 75 days, while men, on the other hand, take 63 days on average to find the car they want.

Not only that but according to 72% of women asked, the online car retail space feels far more inclusive and empowering than its bricks and mortar counterpart.

When prompted to share why they felt more positively about the virtual car market, many respondents shared the opinion that the anonymous aspect of buying a motor online takes away any ''bias or assumptions'' from salespeople. They also said it allows female shoppers to bypass potentially uncomfortable or intimidating in-person experiences.

Those in favour of online shopping options further appreciated having the freedom to tailor their search results based on their budget and preferred technical specifications, rather than having suggestions dictated to them due to their age, gender or ethnicity.

In addition to this, most shoppers found that making virtual payments was more effortless and convenient, which made the overall shopping experience feel more relaxed.

Carmoola: Hassle-Free Car Finance For Everyone

With an increased interest in online car buying, Carmoola has also taken a digital-first approach. Our small but mighty team are committed to helping our customers access safe, fair and secure personal transport through a straightforward, value for money finance plan that appeals to everyone.

You can find out more about what we're offering by exploring our website, or you can apply online (it only takes a few minutes) to see if Carmoola can help with your next car. 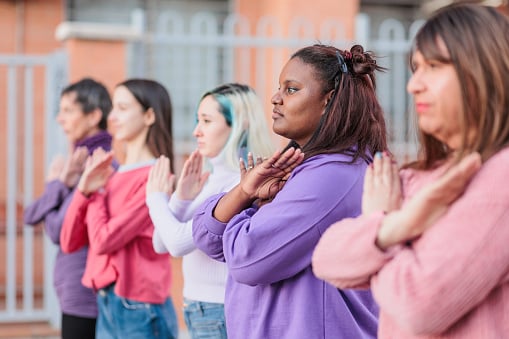 The road to this point has been long, but we hope you are as excited about how much the automotive industry has changed and how much it's set to advance in the next few years as we are. With that, we'd like to wish you all a happy International Women's Day - remember to #BreakTheBias ♀️ and share this article to raise more awareness!