In recent years, the Manchester City football team have dominated world football and controlled the English football league. The City boys have developed a great team, led by Barcelona legend Pep Guardiola. With superstars like Raheem Stirling, Jack Grealish & Kyle Walker, Sheikh Mansour doesn't hold back when it comes to wages, and you know what that means?

It means there is a car collection to match. And the boys have class on and off the pitch. From Lamborghini’s to the trusty Range Rover, the Man City team has it all. Continue reading to find out more…

Manchester City are a Premier League club whose roots began in East Manchester. From its first incarnation as St Mark’s West Gorton in 1880, the Club became Manchester City FC in 1894. That was the beginning of a storied history that has delivered a European Cup Winners’ Cup, six League Championship titles, including four Premier League titles in the last seven years (2012, 2014, 2018, 2019), six FA Cups and six League Cups. It is no secret that City have dominated over recent years, and the City fans in the Carmoola office always let us know 😂

With Guardiola's huge squad we can't include everyone’s car collection, we would be here all day, however, what we can do is include the most impressive. So today we are going to be looking at;

Manchester City’s Kevin De Bruyne is considered to be one of the best midfielders in the game today and the Belgium star certainly keeps the same energy when it comes to his choice of motors. Check out the photo below! We know that no celebrity car collection is finished without a Range Rover and KDB is no exception to that. As for the rest of the playmakers car collection, the former Wolfsburg midfielder keeps it classy and clearly favours the SUVs. 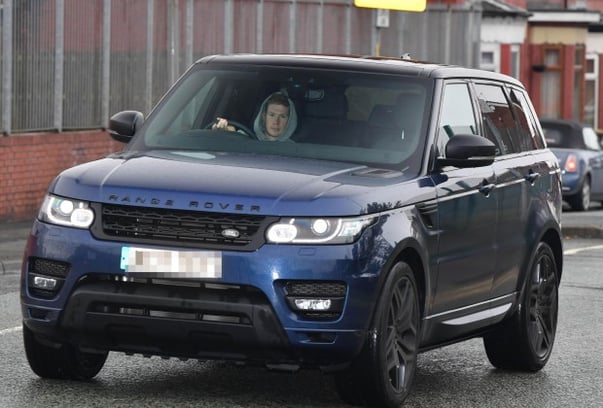 Gabriel Jesus famously comes from the Brazilian favelas, and his rise to footballing fame has come with a distinct change in economic situation as well. And more money means more cars...

Jesus rides around Manchester in his Mercedes, that he bought after his £4 million a year contract was announced. We love it Gabriel! 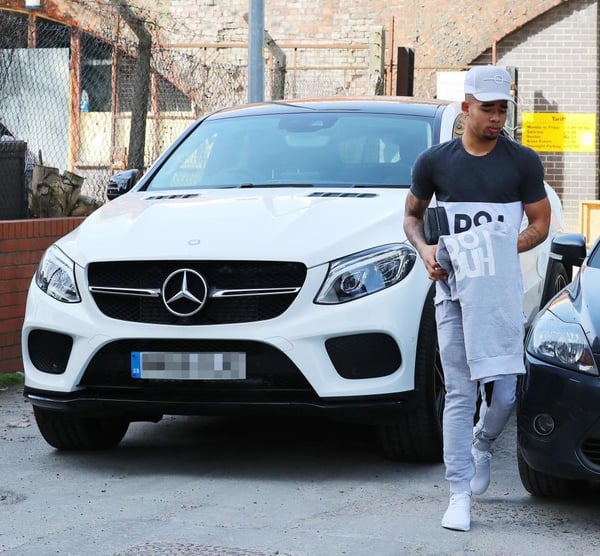 Arguably England’s best player at Euro 2020, or 2021 should we say, Raheem Sterling’s car choices are just as good as his decisions on the pitch. The England ace drives a Bentley Continental GT, which comes in 4.0-litre V8 or 6.0-litre W12 engines. That means it can hit some serious speeds on the road, which is ideal for Raheem, who puts on the burners to escape defenders on the pitch.

Raheem Sterling’s Manchester City teammate Kyle Walker likes to get behind the wheel of a Lamborghini Huracan. This flamboyant supercar might be unattainable to most of us, but it's pocket change for a Premier League footballer. Billed as the perfect fusion of technology and design, the Lamborghini Huracan is even unique in the dark, thanks to the “technological” light of its full-LED lighting system. Ex-Aston Villa playmaker Jack Grealish, was actually banned from driving in 2020 when he crashed his £80,000 Range Rover during lockdown. Unfortunately, he doesn't have the same skill & control on the road that he does on the pitch...

The Etihad parking lot is like a car dealership. Just writing this, we have been in awe the whole time. From Walker's Lambo, to KDB's SUV army. We have loved every minute of writing this, and we encourage you guys to leave a comment, or check out our app, if you want to support us further!