Take a look at the Cast of TOWIE's Cars

If you're a fan of the hit reality TV show The Only Way is Essex, then you're probably well-acquainted with the fabulous lifestyles of its cast members. From their high-end fashion choices to their luxurious homes and expensive cars, the TOWIE crew definitely know how to live in style.

And speaking of cars, the cast members of TOWIE have some seriously impressive rides. From flashy sports cars to luxury SUVs, they definitely don't skimp when it comes to their wheels. So if you're curious about what the TOWIE cast drives, read on for a closer look at their amazing cars.

The Only Way is Essex

When filming started in 2010, the original cast members of The Only Way is Essex were all given matching white Fiat 500s by the show’s producers. However, as the show’s popularity increased, so did the cast member’s car budgets.

Over the years, we've seen the TOWIE crew driving everything from Bentleys and Ferraris to Range Rovers and Lamborghinis. And while some cast members have been known to change up their cars on a regular basis, others seem to be more loyal to their rides.

For example, Joey Essex has had several different luxury cars over the years but he always comes back to his beloved Lamborghini. The Lambo comes with a personalised number plate, but more about that later on...

If you have been living under a rock, or just aren't from the UK, then TOWIE is a show that showcases the lives of a glamorous group of young people and puts their home county of Essex on the map. The show's main cast, who have jobs in various lines of work, enjoy Essex's local nightlife and bars as well as travelling abroad to summer destination favourites like Tenerife, Marbella, and Barcelona to soak up the sun. The trials and tribulations of the lives, loves and scandals of this real-life group of Essex guys and gals are captured as the drama unfolds.

Now everyone is all caught up, let's get into the cast members car collections...

I don't think we could start anywhere else besides The G.C, Gemma Collins. Loud, confident BMW car salesperson Gemma was introduced at the beginning of Series Two when Kirk Norcross was looking for a new motor. Whilst test driving the car, Collins flirted with Norcross, but instead, ended up being set up on a date with his father Mick 😂. 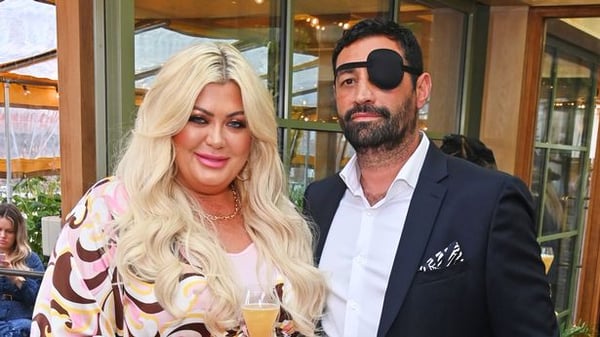 Gemma's usual motor is a very nice looking BMW 640d Convertible, which goes from 0-60 in 5.4 seconds and has a top speed of 155 mph. When the sun is shining, the 640d is the perfect car for The GC to put the roof down and enjoy the ride.

The BMW 640d costs around £61,000 new, but if you're not looking to spend that much on your Convertible, Carmoola can help you find a flexible car financing package so you can ride away looking like The GC.

Gemma Collins was also seen driving a silver 1999 Nissan Micra, believed to have cost £295, back in 2019. Maybe not so much of a diva after all?

As we mentioned earlier, Kirk was the original cast member to bring Gemma Collins into the show when he met her whilst car shopping. Kirk liked what he saw and took her out on a date, which didn't end too well when he found out she was actually there to test drive the car he was interested in. Oops!

Since then, Kirk has had a few different cars but his current daily driver is the Range Rover Sport. The Range Rover Sport is the perfect car for someone like Kirk who likes to be seen and be noticed. It's luxurious, stylish, and comes with all the bells and whistles you could want in a car.

As we mentioned earlier, Joey Essex is probably the most loyal cast member when it comes to his cars. He's had several different luxury cars over the years but he always comes back to his beloved Lamborghini. The Lambo comes with a personalised number plate, E$$EX

Joey Essex's current car is the Lamborghini Huracan, which he has had for several years now. The Huracan is a work of art and definitely turns heads when Joey is driving it around Essex. It's also one of the fastest cars in the world, with a top speed of 202 mph.

The final TOWIE member that we are going to be looking into today is James 'Arg' Argent. Now, Arg is not the brightest spark when it comes to money (we'll leave that there), but he definitely knows how to pick a car.

Arg's current ride is the Land Rover Defender, which is one of the most luxurious cars on the market. The Defender is the perfect car for someone like Arg who likes to be able to go off-road and explore the great outdoors.

There are a lot more TOWIE members, so this might be something we do part 2 on in the future, so make sure you keep updated with the Carmoola blog. If you are looking for more celebrity car collections, simply check out the link here to be taken to the celebrities section of our blog!