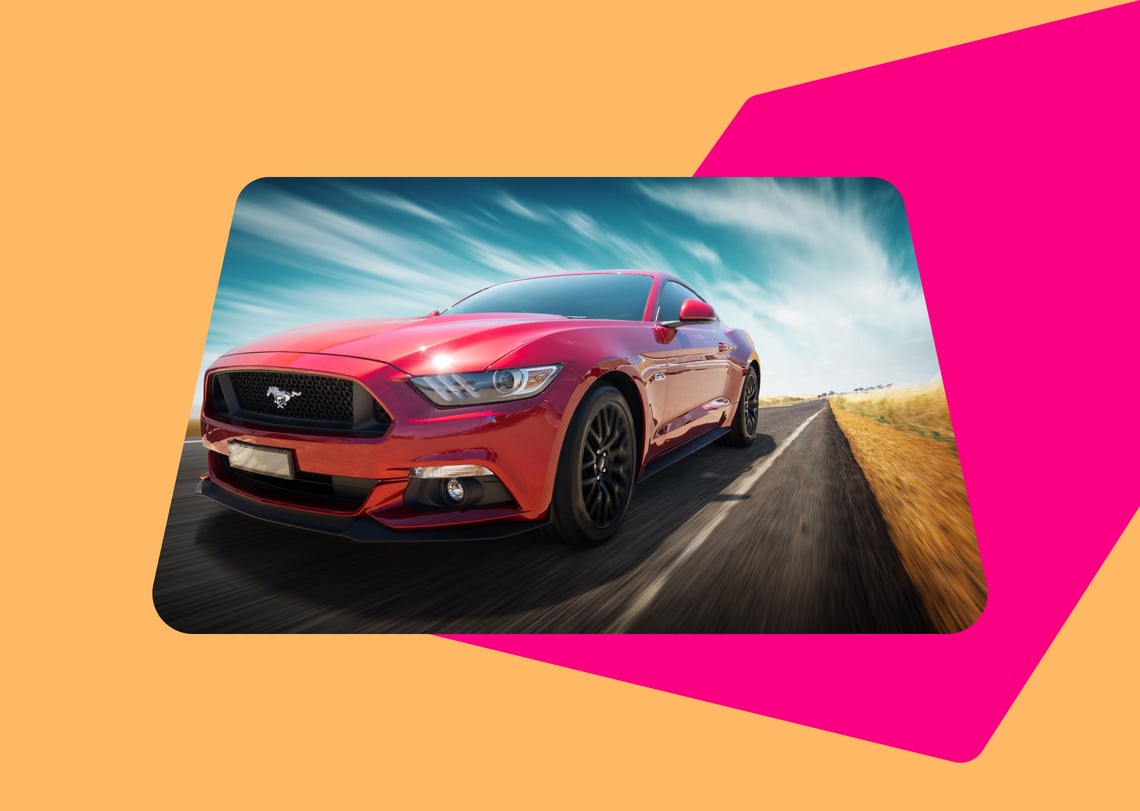 When it comes to car collections, few can rival that of heavyweight boxing champion Tyson Fury. 🛎️ The self-proclaimed "Gypsy King" has an impressive fleet of luxury and supercars, worth an estimated £2 million+. Fury's collection includes a number of high-end brands such as Rolls-Royce, Bentley, Ferrari, Lamborghini, and Mercedes-Benz.

His most recent addition is a customised Rolls-Royce Cullinan SUV, which is said to be worth over £400,000. However, Fury has also been seen cruising around his hometown of Morecambe in a £10k Mini Cooper & Volkswagen Passat, way to stay humbled Tyson 😂

Who is Tyson Fury?

Tyson Fury is a British professional boxer. He is a two-time heavyweight world champion, having won the WBA (Super), IBF, WBO, and lineal titles in 2015, when he defeated long-standing champion Wladimir Klitschko, and in April 2022, when he retained the WBC title. As of May 2022, Fury is ranked as the world's best active heavyweight by Dazn, by the Transnational Boxing Rankings Board (TBRB) as well as BoxRec.

Fury was born and raised in Wythenshawe, Manchester, England. His paternal great-grandfather was from Tuam, which is part of County Galway in Ireland; and his father raised him to live and breathe boxing.

Tyson Fury started his car collection with a Bentley Continental GT, which he bought for himself after winning his first world title in 2015. He has since added a number of other luxury cars to his collection, including a Rolls-Royce Cullinan, a Lamborghini Aventador S, and a Mercedes-AMG G 63.

Fury has spoken about how he enjoys the finer things in life and how he likes to treat himself to luxury items, like his cars, as a reward for all his hard work in the boxing ring. He has also said that he enjoys the status and attention that comes with driving around in high-end cars.

While Fury's car collection is certainly impressive, it is also worth noting that he is very responsible when it comes to car finance. He has said that he only buys cars that he can afford and that he always makes sure to pay off his loans as quickly as possible. This is a smart approach to take, especially for someone who is as high-profile as Fury.

By following this advice, Fury has been able to build up an impressive car collection without putting himself in any real financial danger. And, more importantly, he's been able to enjoy his luxury cars without having to worry about the bill that can come with them.

Here are the few cars in Fury's collection we are going to be diving into today;

That gives you guys enough reading for one day!

The GTC4Lusso is one of Ferrari's most popular models, and it's not hard to see why. It's a stylish, luxurious car that's also incredibly practical (for a sports car). It is powered by a 3.9-litre V8 engine that produces 602 bhp. This means it can go from 0-60 mph in just 3.4 seconds. Insane. It gets cold up in Morecambe around winter time, but the GTC4Lusso has that covered as it is also a four-wheel drive, which makes it perfect for driving in all weather conditions. The Rolls-Royce Phantom is one of the most iconic cars on the market. It's been around for over 100 years, and it's still one of the most popular cars among celebrities and the wealthy, trust us when we say, it's in the majority of our luxury driving blog posts. And, it's no surprise that Tyson Fury has one in his collection, he clearly has a thing for expensive, luxury cars. So it's no surprise that he owns a Rolls Royce Phantom. Check out that private reg plate as well 🔥 The Cullinan is one of the newest additions to the Rolls Royce family. It was only released in 2018, but it's already made a big impression on the luxury car market. And, it's also made an appearance in Tyson Fury's car collection. The Cullinan is the first ever SUV from Rolls Royce, and it definitely lives up to the luxurious standards that we've come to expect from this world-renowned brand. Tyson loves a Roller, and so do we! Check out our recent blog post, explaining the best Rolls-Royce cars (in our opinion).

However, there is another story behind the Cullinan - in a video circling YouTube, he claimed that the beautiful Rolls was traded in for a £500 Passat. That is a severe decline in quality 😕

From one 'cheaper' car to another, Tyson's Mini Cooper is a definite classic. This car won't be found in any modern showroom, but that doesn't make it any less amazing. Painted in red with a white roof, this is one sharp-looking vehicle, for someone under 6ft. However, Tyson, at a staggering 6ft 9' does look a little silly in it. I mean, just have a look at the photo below 😂... This is the big one. The King of them all. The crème de la crème. Tyson's Ferrari Portofino is, quite simply, a work of art on wheels. And at £211,000, it should be!

The Portofino is Ferrari's gorgeous 2+2 hard-top convertible and it really is something special. It goes from 0-60mph in just 3.5 seconds and has a top speed of 199mph. Not that Tyson would ever need to test that out on public roads...

This car really is the ultimate status symbol and with its sleek lines and beautiful design, it's easy to see why. But for me, the best thing about this car has to be the meaning behind it. It's a similar model to long-time friend and training partner Billy Joe Saunders 🥰. You can see below the two cars pictured together. 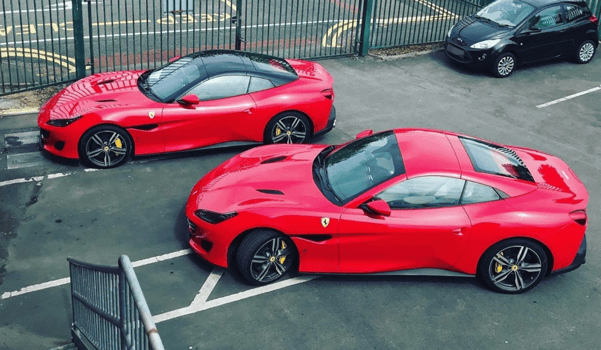 Tyson's car collection is seriously impressive. I mean, it is the who's who of luxury vehicles, and we had to skip a lot of the cars due to the blog post being too long. When we get to that position in life, we know we have made it 😂

However, Tyson started from humble beginnings, and didn’t always have this fortune. He actually used financing to get by at the start. Now, if you are looking to get your next car using finance, don’t look further than Carmoola. We offer great car financing deals with our super flexible methods. Check out our Calculator here to see how much your car repayment will be.