How Do I Choose a Funny Car Name? 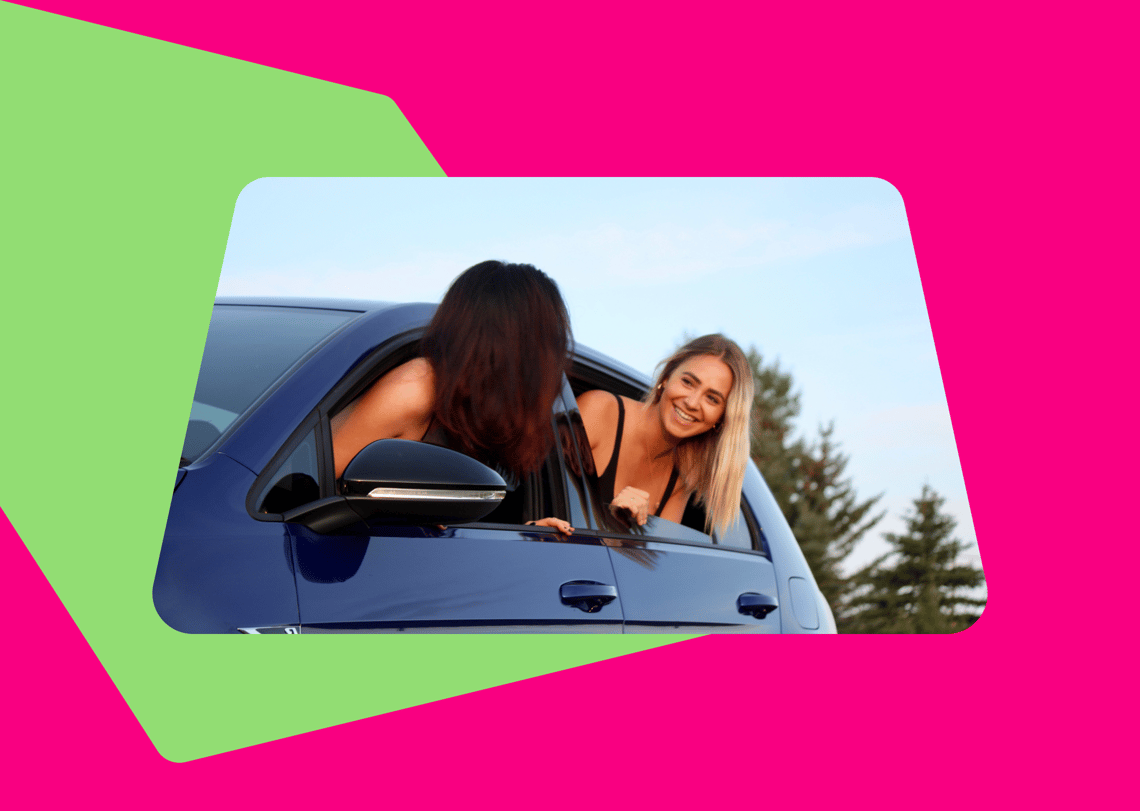 Who wants to call their car Renault Clio or Toyota Prius? Those names are so impersonal. No, what you need is a hi-la-ri-ous nickname for your vehicle that is both endearing and, well, just plain silly. And if you're thinking, "how do I name my car" you've come to the right place. We've put together a list of names for vehicles, whether they're speedsters, hatchbacks or only have three wheels. Is your car's new name in the list below?

We knew some who called their Volkswagen Golf hatchback Suzie, and you know what? It just kind of worked. Ol' Suze went on some adventures, but she was also safe and reliable, just like Volkswagens.

We all love a 4x4, but let's face it – they're chunky things taking up more than a few inches of the roads. This is especially true if you live in a city where 4x4s can be big and brash, much like a Biff. Ok, so we don't know any Biffs personally, but it's a fitting name for a chunky vehicle.

Because if you own a 1970s BMW, what else can you call it other than Gertrude?

Anyone with an Italian speedster needs to adopt this name asap. Sure, it's a little on the corny side, but then so is an Alfa Romeo Spider or a Pagani Huayra. Of course, if you own a Ferrari, you can just call it a Ferrari. Because, you know… it's a Ferrari.

If you're lucky enough to own a Lamborghini, then there's only one name for it: Bruce Wayne. Why you ask? Because that's the car ol' Brucey boy drove in the Dark Knight movie when it wasn't rumbling around as Batman in that Tumbler thingy.

Anyone who owns a teeny-tiny car can give it a cutesy vibe with the name Peanut. A Fiat 500, Smart Car, Hyundai i30 or a BMW i3 perfectly fit the Peanut mantra.

For some reason, we feel like Panther is an apt name for any Nissan car. Whether it's a Skyline or Micra, you can pull off the name Panther when driving around town in your Nissan.

Got a Cadillac? Then you're going to have to call it the Godfather whether you like it or not. We don't make the rules; we just follow them. There's no denying that the Cadillac is the Godfather of all automobiles.

Who said cars need to be named after people or animals? If you've got a fast car, there's no need for extra bells and whistles. Just call it Too Fast and be done with it.

If you own a Fiat, Too Furious is its new name, mostly because you'll be furious every time it goes to the garage and comes out with a hefty bill replacing those hard-to-find Italian parts. We all know that Fiat really stands for Fix it Again, Tony.

No, not the musical. Name your car Hamilton after the iconic F1 driver, one of the UK's best-ever sports stars. You'll need a speedy vehicle to pull it off, so we recommend a BMW M4 or an Audi R8.

Toyota Land Cruiser, Audi Q3, Alfa Romeo Stelvio, Dacia Duster – if you own any of these cars, call them Big Martha as you roll around in your SUV, giving it the big ones to all the smaller cars on the road.

And if you own a German car, you know what to do.

Whether you own a Volkswagen Beetle or a Camaro, you've got a free pass to call it Bumble Bee after the iconic Transformers car.

Does it feel like your car can take on the world? Do you think it would come up with witty quips if it could talk? If there was a vampire influx, would your car be at the front of the queue fighting them off? Then, good friend, your car should be called Buffy the Vampire Slayer.

You only need to look at a Volvo S60 to know that it should be called Regina. Just look at it – it's so Regina-ish. In fact, you could get away with calling any Volvo Regina.

If you've got that mayonnaise-coloured whip, then you'll want to call it something like Blizzard. We're not quite sure who goes out in the UK intending to buy a white car. But if you do have one, you've got yourself a Blizzard.

How to choose a funny car name

So what do you think? Could you see your next car being called Big Martha or Furiosa? If not, then don't worry. You can choose a funny name for your car by trying our random car name generator in the app. Let us know what name you got in the comments.