How to Jumpstart Your Car 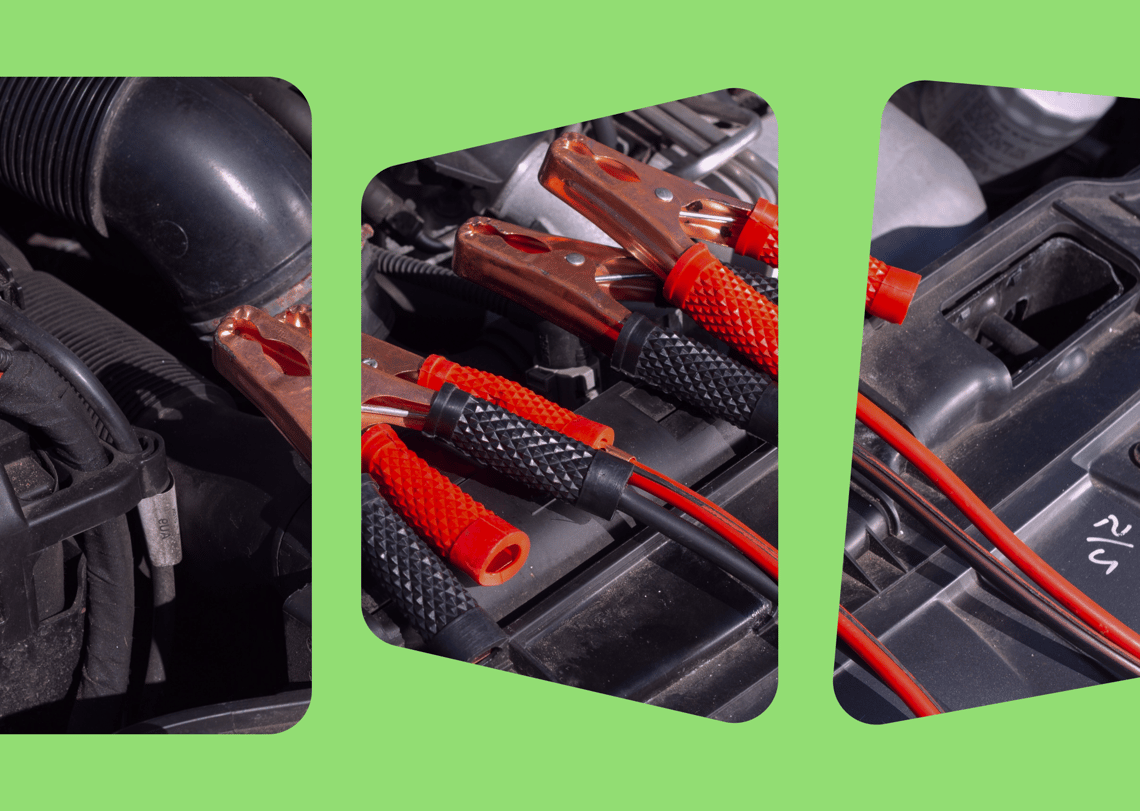 Are you stuck with a dead car battery? In times like this, it’s a lifesaver if you know how to jumpstart your car. Before attempting to do this, though, know that you have to be careful because if it’s not done right, it can cause damage to the car and you might also get injured. So, if you’re not sure how to jumpstart a car, it’s best to call an expert auto mechanic.

Nonetheless, it would be nice to have an idea of how this works so that you have a few skills up your sleeve as a car owner. Let’s take a look at the steps to successfully jumpstart a car with a dead battery.

What Tools Do I Need?

Before jumpstarting a car, keep in mind that car batteries produce gases that can catch fire. To stay safe, check if the battery is leaking or damaged. If it is, don’t jumpstart it. Do the same for the jump leads and check for damage. Also, if the jump leads get hot, it’s best to stop the attempt to jumpstart the car.

Other things you need to do would be to remove any clothing that’s dangling like your tie or scarf. These might get caught in the engine’s moving parts. Also, remove metal objects that might touch the battery as they might spark, causing the battery to explode. Remove your jewellery, watch, stray wires, clips, hand tools, and others. And of course, please don’t smoke if you want to jumpstart your care safely.

Steps to Jumpstart Your Car

You’ll need another car to jumpstart a dead battery. If you’ve already found someone who’s willing to help you out, check if their battery has the same voltage as your car’s. Usually, this would be 12 volts. If they have identical voltage, then it’s time to get started.

Line Up the Vehicles

The cars should be parked close enough but not actually touching. Ensure that the handbrakes are on and the ignitions are off.

Connect the Black Jump Lead Next

Now, you can get the black jump lead and then connect it to the negative terminal of the charged battery. When that’s done, get the other end and connect it to an earthing point. This is the unpainted metal found on the engine block or the chassis. Make sure it’s far from the dead battery and the fuel system.

When all connections are good, it’s time to start the car with a charged battery. Allow it to run for a full minute.

You can now turn on your car’s engine. Let both vehicles to idle but at a fast pace. Do this for about 10 minutes.

After 10 minutes, you may turn off both cars. The next step is to disconnect the leads but in reverse order to how they were previously connected. Don’t allow the leads to touch each other or the cars while you’re removing them.

Now you can check if your car will start. If it does, then you can now continue on your journey. However, if it doesn’t, then there might be a bigger problem with your car. It’s best to call an auto mechanic to help you out.

Here are the steps on how to properly remove jump leads.

What Happens After Jumpstarting a Car?

When you’re successful at jumpstarting your car, then your engine will be able to recharge it fully. You can do this by driving normally but you have to avoid places where you’ll be in stop-start traffic. Drive around for about 30 minutes. Another option is to use a portable battery charger so you can recharge your car’s battery.

When to Change Your Car’s Battery

Car batteries can actually last for about five to seven years. However, you don’t have to change it if it hasn’t deteriorated yet. In the same way, if you see that the battery is showing signs of damage before its fifth year, then it’s time to get them changed.

If your car battery is already struggling to get the car started, the best thing to do would be to take it to an auto mechanic. It would be better to have it checked rather than waiting for the battery to go flat while you’re on the way to work.

Hopefully, this article has taught you the key points on how to jumpstart your car. Remember to be careful as you’re attempting to do this. If you have any doubt and feel you’re not sure about how to do some of the steps, you can always call an auto mechanic to help you out. It’s better to wait for an expert to do the procedure than risk damaging your car or getting injured. Keep in mind that your safety is the priority.