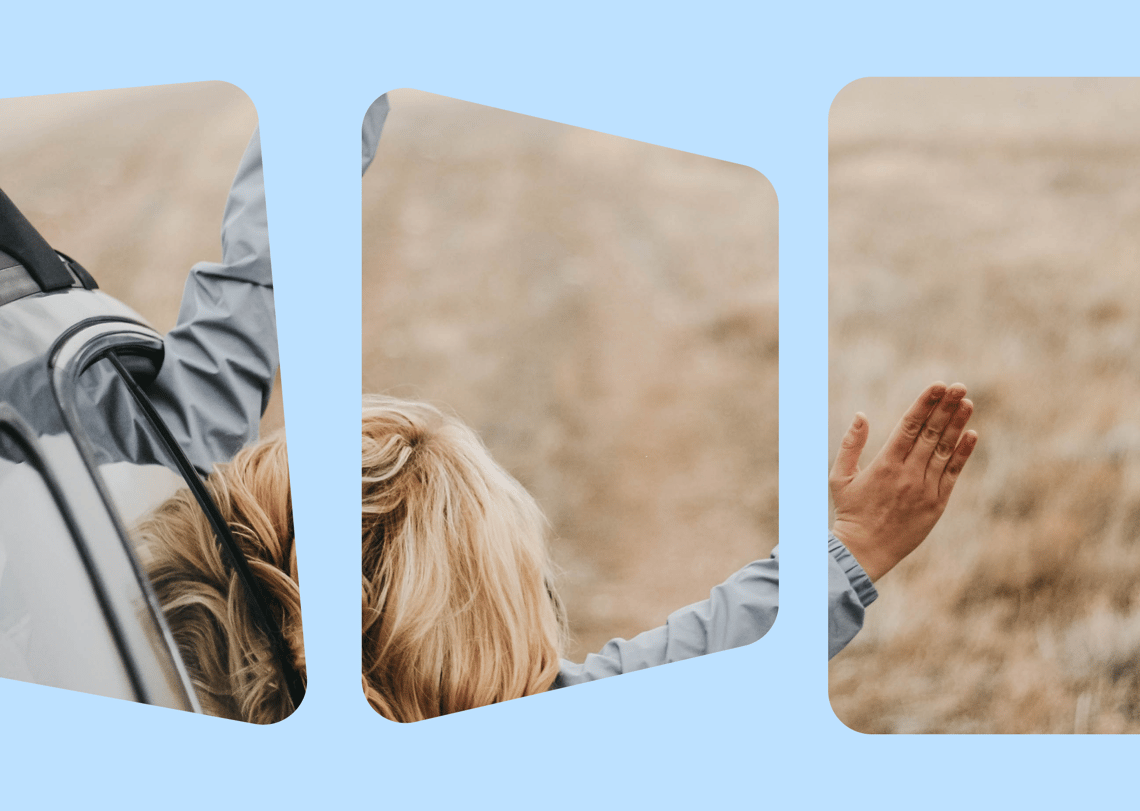 Book your tickets on the ferry or Eurotunnel, turn on the ignition and drive away to Europe for an awesome road trip. Recently, we covered what you need to do to drive abroad, along with the best countries to visit in your car. Now, we're focusing on specific road trips overseas (with a domestic beauty included), from drives in the Amalfi Coast to the Atlantic Drive in Ireland and everything in between. So read on and discover the best European road trips. 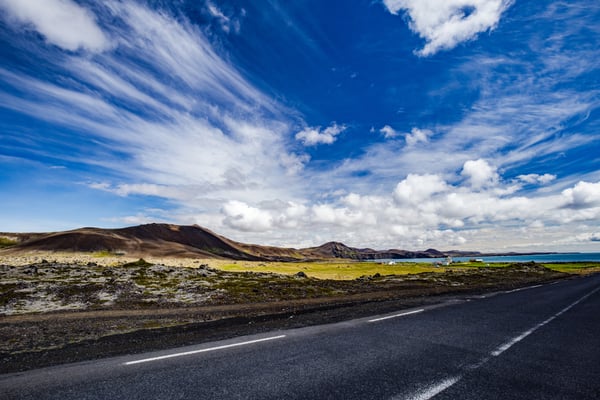 There are few places better suited for a road trip in Europe than Iceland. Its well-crafted roads are great for driving on, and the scenery is nothing short of spectacular. The Arctic Coast Way is a particular favourite and clings tightly to the coast, covering areas like little Hvammstangi in the west to Bakkafjordur in the east. Expect to see everything from waterfalls to steaming baths and geysers as you navigate the Arctic Coast Way. 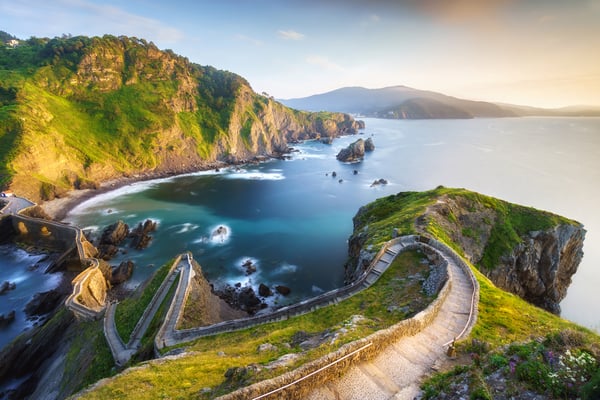 Discover both Spain and France as you zip around the Basque country, one of Europe's most scenic areas. Surroundings include idyllic beaches that you might want to stop off at for a quick break, the wilderness of the Pyrenees and the beauty of Biarritz. This trip is best experienced when starting in Bilbao and discovering everything in-between on your way to Bordeaux at the end of the trip. 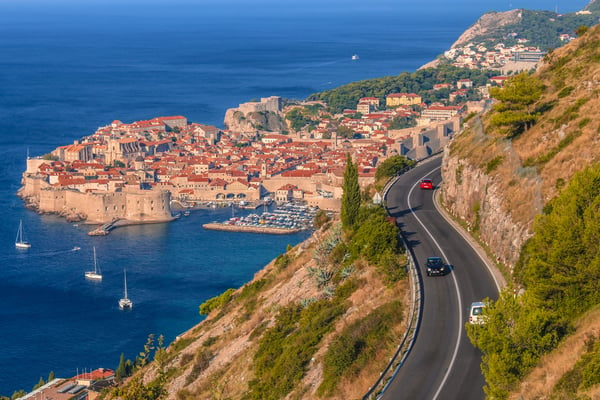 Starting in Dubrovnik, otherwise known as one of the Game of Thrones filming locations, this road trip takes you through the country to Pula. It's a fairly long journey, lasting around eight hours altogether. But it's well worth the drive as you pass the port town of Makarska, the city of Split and Zadar. Finish your trip in Pula and pay a visit to the Roman amphitheatre to soak up some culture. 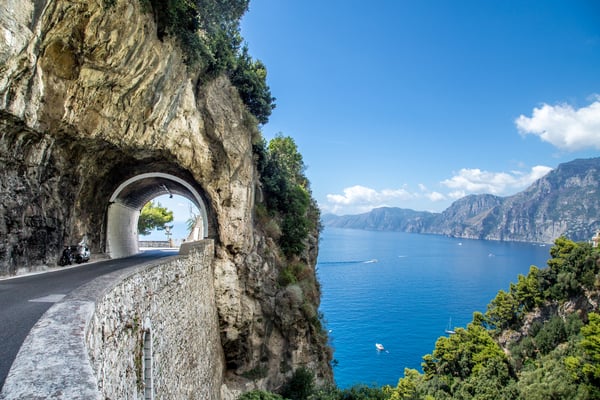 The Amalfi Coast has some of the steepest bends in Europe, but it also provides sights that will leave you picking your jaw up from the floor. As you dart around the bendy roads while taking in the pastel-coloured houses that hang off the majestic cliffs. Why not stop off at charming towns and villages like Positano along the way and embrace paradise living along the Amalfi Coast?

Discover the entirety of Ireland's west coast as you drive the Atlantic Way, a 1,500-mile mega ride with some seriously scenic sights. You'll see everything from Ireland's rolling countryside to craggy cliffs and stunning coastlines. Plus, there are plenty of quaint towns and villages to stop off at along the way where you can enjoy pub grub and a Guinness or two – only if you're staying the night in a hotel, mind.

A true Scandinavian gem, the Arctic Fjords drive sees you throttling through cities like Bergen, past stand-out fjords on your way to Voss in Vestland county. Stop off to enjoy landmarks like the Tvindefossen waterfall before driving the world's longest road tunnel, which goes on for about 15 miles. You can even board a ferry in your motor to Molde and Kristiansund for the final stretch of the drive that sees you pass over the iconic Atlantic Road with its roller-coaster-type bridges. 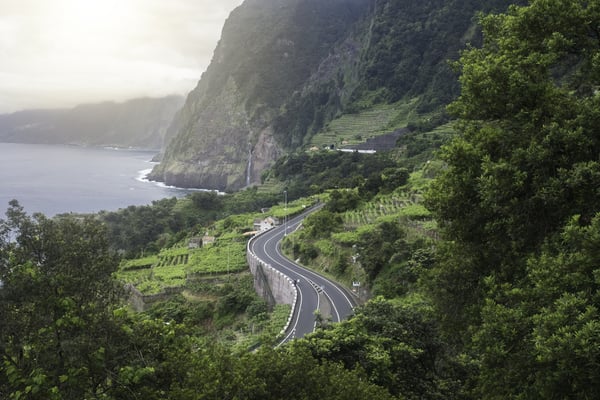 The Madeira Islands are a holiday hotspot for tourists thanks to the lush settings and fantastic beaches. The main island of Madeira also happens to be a great place to drive with its coast that includes soft golden sands, volcanic pools and a new tunnel connecting the north and the south of the island. 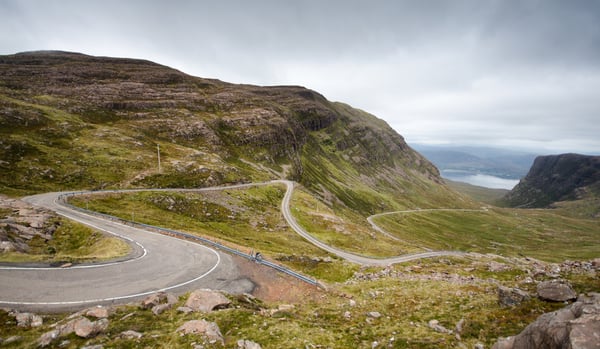 A UK-based road trip, the Applecross Circular is a two-hour-plus drive on Scotland's northwest coast. Once only accessible by boat, today the Applecross Circular is cars friendly but still feels like a throwback to another, older world. There's a single-track road that also happens to be the steepest in the UK – it rises up a glacial valley before dipping to reveal a row of white stone houses. Along the route, you can expect to see tidal pools of white-sand Applecross beach and the shores of Loch Torridon. The Applecross route is part of the North Coast 500, another one of Europe's most scenic drives.

A European love-in from your car

Europe is blessed with beautiful drives, whether you're after snowy peaks or pristine coastlines. And with the options on our list, you can't go wrong as you hit the accelerator and discover the best of Europe from behind the wheel with an unforgettable road trip.